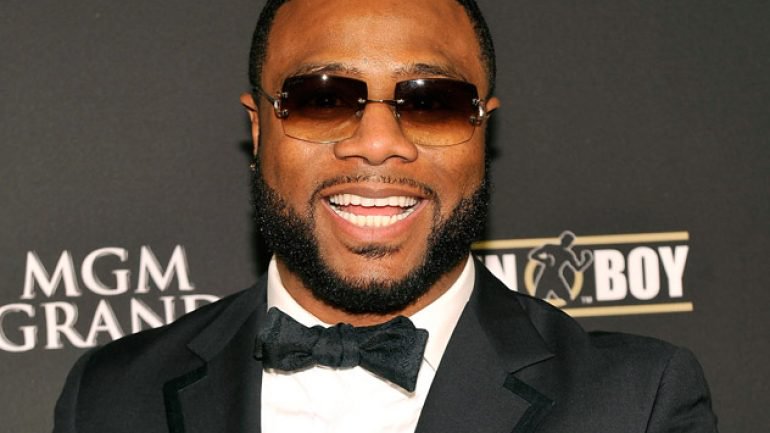 Jean Pascal knows the names. They come forward in glints of bruised purple, yellow and blue. Some he knows from personal experience, like Bernard Hopkins. Some are just days past their last fight, like Miguel Cotto. And some — like Muhammad Ali, Mike Tyson and Joe Louis — have a body of work that shines gloriously in history, though regrettably their ends all came in that same hail of bruised purple, yellow and blue.

Pascal doesn’t want to be one of them — one of those who hung on a little too long and paid a painful price in the final chapter of an otherwise successful boxing career. He says this is his last fight, and that he won’t be the past-his-prime fighter who doesn’t know when to walk away.

Pascal (31-5-1, 18 knockouts) hasn’t beaten anyone of note since he handed Lucian Bute a 12-round unanimous-decision defeat in January 2014. Since then, he’s gone 2-3, with 1 no-contest, in his last six fights, and one of the wins, against Yunieski Gonzalez, was a disputed decision. Granted, two of those three losses came against Sergey Kovalev, and the third setback came against undefeated Eleider Alvarez. Still, punches he was once able to absorb came with added sting, and punches he was able to avoid landed.

Pascal vows he won’t be a “name” on his opponent’s growing resume. He says the 27-year-old Elbiali (16-0, 13 KOs) better watch himself if he thinks he’ll deliver the same indignity that Hopkins, Cotto, Ali, Tyson and Louis suffered in their last fights.

“Not me. It won’t happen to me,” Pascal said. “This is it for me. This is going to be my last fight. I’m 35 and I think my tank still has some gas in it. I think it’s the right time to hang up the gloves, because most boxers have their last fight and their tank is already empty. It’s when serious injuries happen. My teeth are good. My brain is good. My body isn’t damaged. I think it’s the right time to end it.”

Pascal recalled a promise he made to himself at his high school prom in 2000 — which isn’t that long ago, though in boxing years seems like eons — that he would one day become a world champion. He did when he won the WBC light heavyweight title against Adrian Diaconu in June 2009. Pascal defended the belt four times before losing to future hall of famer Hopkins in their May 2011 rematch, after they fought to a controversial draw in December 2010.

Pascal saw what happened when “B-Hop” fought Joe Smith in December 2016, with Hopkins getting knocked out of the ring in the eighth round. Last weekend he witnessed Sadam Ali defy the pundits and spoil the going-away fight of another future hall of famer, Cotto.

“I made some money and treated my money well, so I figure the best way to end my career is against a prospect like Elbiali, who is 16-0,” Pascal said. “I don’t want what happened to Bernard Hopkins to occur to me. Hopkins had a great career and in his last fight was a knockout loss. Even Miguel Cotto, he didn’t go out on the right note. He chose the right guy, but for me, I didn’t even choose Elbiali. They chose me and I accepted the challenge. He needs to prove himself.

“I know why they chose me — because they think they can beat me. I’m the better man. I’m a former world champion. Elbiali has said that I’m his biggest challenge ever. I’ve been there already, and I feel the lesson Bernard Hopkins taught me. This time, I’m the teacher and he’s the student. He still needs skills to get on my level. I still have one big fight left in me. I want to leave boxing with all my teeth. And my mom wants me to retire, and I have to keep my promise to her.”

Pascal has plans on becoming a police officer in Laval, Quebec, after he fights Friday night. He has gone through the Canadian education system for criminal justice.

“I’ve planned my career and I’ve planned my way out. I want to become a cop and do some things in the media. First, I’m going to win my last fight. I want to go out with a smile on my face. I’ve been there and done that, and I’m ready to do something else.”