James DeGale: ‘It’ll be great to remind people that I’m number one’ 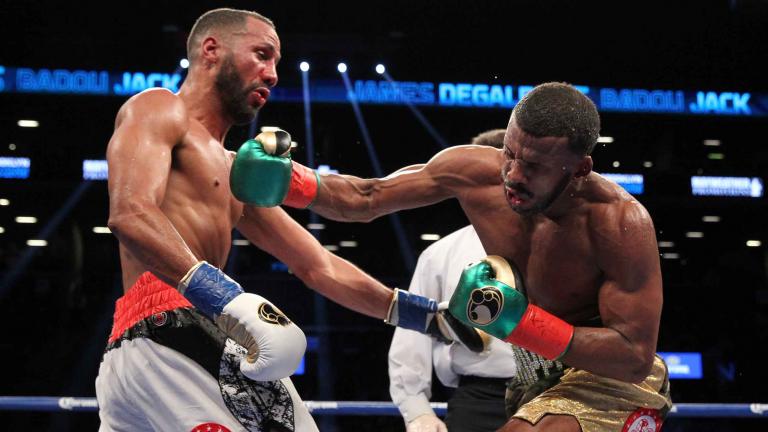 In January, at the Barclays Center in Brooklyn, James DeGale was on the cusp of something very special.

The IBF super middleweight titleholder was ahead on points as he entered the 12th round of his bout against WBC counterpart Badou Jack. All the London-born southpaw had to do was stand up for three minutes to become unified titleholder and lay claim to the vacant RING championship at 168 pounds.

But DeGale’s luck would change in a New York minute.

It was a bitter pill to swallow and things were only going to get worse.

DeGale, who is rated No. 1 by THE RING at 168 pounds, had been hampered by an injury to his right shoulder during training camp for the Jack fight. After the contest, the former Olympic gold medalist from Beijing 2008 was examined by a specialist in the U.K. and the diagnosis was nightmarish. There was significantly more damage than anyone could have expected and surgery was required to the AC joint and rotator cuff.

The downtime was extremely difficult for a world titleholder still in his prime. DeGale (23-1-1, 14 knockouts) would be required to wear a sling for a period of weeks and he underwent several sessions of physiotherapy. 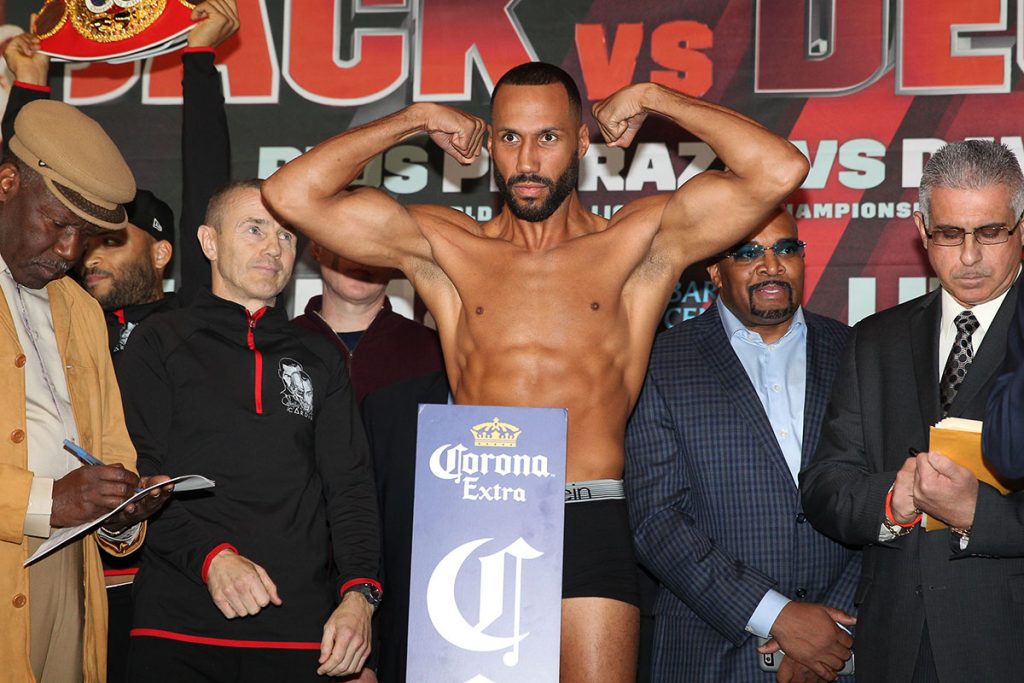 “It was horrible and the camp I had for Badou Jack was horrible,” said DeGale in an interview with RingTV.com. “I was sparring fighters who shouldn’t give me trouble and the spars were competitive. I wasn’t a happy fighter. I was frustrated because I couldn’t use my front hand, but that just shows you how good I am. I got in the ring with Badou Jack – a quality fighter – and if I hadn’t been knocked down, I would have won. That shows you the kind of man I am.

“Our paths could cross again and even though I make super middleweight pretty easy, I would definitely move up to light heavyweight to get the rematch. When I watch the fight, I say to myself, ‘If I just had my front arm; my right jab (I would have won).’ If you look at the (Compubox) stats, I landed (four) jabs in that whole fight. That’s crazy! Madness! Now that I’m healed, I just know I have it in me to beat Badou Jack convincingly.”

But that sequel will have to wait. DeGale has recently completed an eight-week training camp with acclaimed coach Jim McDonnell and must now knock off the cobwebs in a tune up bout.

Undistinguished Minnesota native Caleb Truax (28-3-2, 18 KOs) got the call and the 34-year-old veteran grabbed the most unlikely of world title shots with both hands. 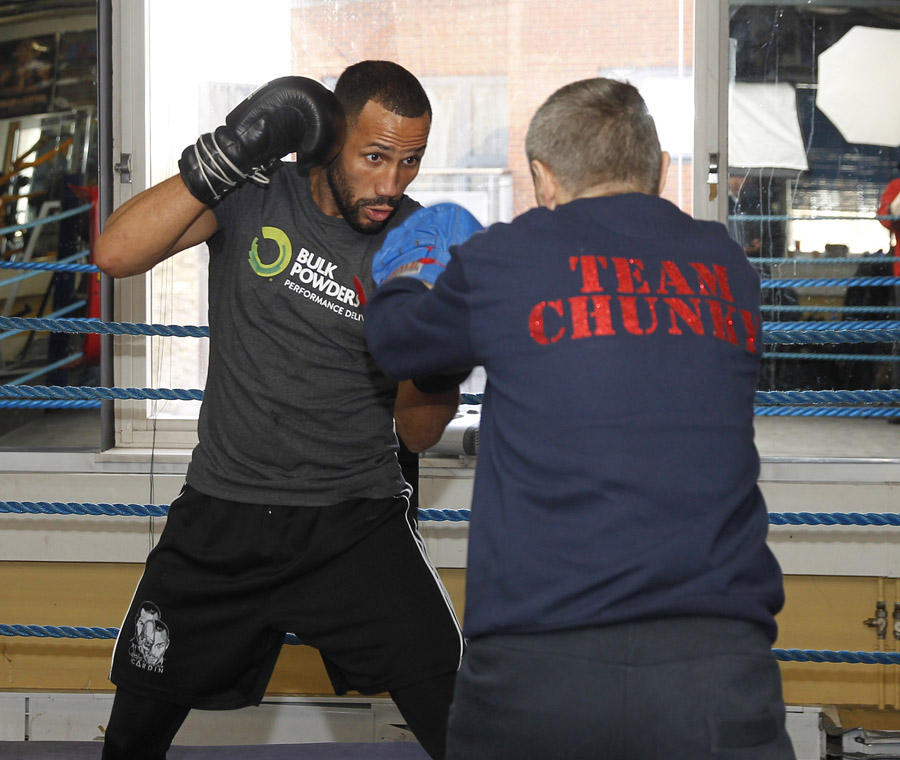 “He’s a good fighter,” said DeGale, who takes on Truax at the Copper Box Arena in London on Saturday. “He has been beat at the highest level, but he’s still shared the ring with some good opponents. He dropped (Jermain) Taylor but got beat on points. He almost went 12 rounds with (Danny) Jacobs but got stopped in the last round. And he was just caught cold by (Anthony) Dirrell who stopped him in the first round.

“I was given a bit of stick when this opponent was announced, but there’s nothing I can do. Truax is in the Top 15 (with the IBF) and he’s been about. I’m just looking to put on a great performance and show the public what I’m like with two arms. It feels like everyone’s forgot (how good I am). It’ll be great to remind people that I’m number one. I’m taking this fight very seriously. This is Truax’s chance. He’s never going to get another chance like this. I’m going in there fully fit and mentally focused, so I’ve got to do a job on him.”

The division has moved on since DeGale’s last appearance. His old rival, and the only man to beat him as a professional, George Groves, won the WBA title. David Benavidez annexed the WBC strap that Jack left behind. The World Boxing Super Series got under way and all DeGale could do was sit back and watch.

“Being injured and being out for so long has been extremely difficult,” DeGale said. “It’s been a long road back. It has literally drove me mad. But the main thing is, now, I’m healthy, fully fit and injury free.

“Next year is going to be a big one. I’m targeting Benavidez for the early part of 2018. That’s what I want and I think with the Al Haymon connection, that fight can get made. I think I beat Benavidez. He’s a good, young, hungry fighter and these are the type of fights that I want. After that, I want the winner of the tournament.”

The World Boxing Super Series has brought the super middleweights to the forefront. The return of James DeGale only adds more luster to an exciting division.

The IBF super middleweight title fight between James DeGale and Caleb Truax will be shown live on BT Sport/ BoxNation from 6:35 p.m. On the undercard, Lee Selby will defend his IBF featherweight title against Eduardo Ramirez. Showtime Sport will also provide a live stream via their respective YouTube and Facebook pages beginning 2:50 p.m. ET/ 11:50 a.m PT.