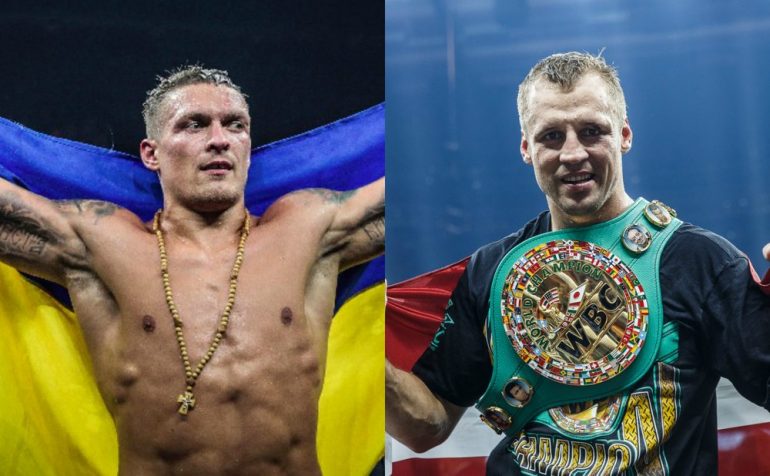 Two unbeaten cruiserweights in a unification fight? We’ll take it.

Oleksandr Usyk and Mairis Briedis will defend their WBO and WBC titles respectively at the Arena Riga in Latvia on Jan. 27 in the semi-final of the World Boxing Super Series.

Usyk, who is rated No. 1 by THE RING at cruiserweight, stopped former world titleholder Marco Huck in the 10th round of his quarter-final and now travels to his opponent’s backyard to face a reigning world titleholder.

“I do not care where I fight,” said Usyk, the tournament’s No. 1 seed.

“In Riga, there will be 10.000 fans and that’s great. The fans should expect a beautiful and interesting battle between two world champions.”

The 32-year-old Briedis excited his hometown crowd in September when he scored a 12-round unanimous decision in his quarter-final over the tough Cuban challenger Mike Perez.

“I had a gut feeling that the World Boxing Super Series might return to Riga because of the incredible crowd at the Arena Riga in the quarter-final bout against Mike Perez,” said Briedis, who is rated No. 3 by THE RING.

“I’m really happy with how it has turned out. I am thankful to the Latvian fans who made it possible by being so passionate and devoted. Now it’s all about preparing for Usyk and putting up a great show when January comes.”

The other semi-final will be contested between IBF titleholder Murat Gassiev and Yunier Dorticos on Feb. 3 in Russia.

The final of the WBSS will take place in Jeddah, Saudi Arabia, in May 2018.

Usyk and Briedis will soon come face-to-face at a kickoff press conference in Riga and tickets for the Ali Trophy semi-final go on sale next week. Fans are asked, due to the huge demand, to sign up for ticket alerts at worldboxingsuperseries.com to avoid disappointment.