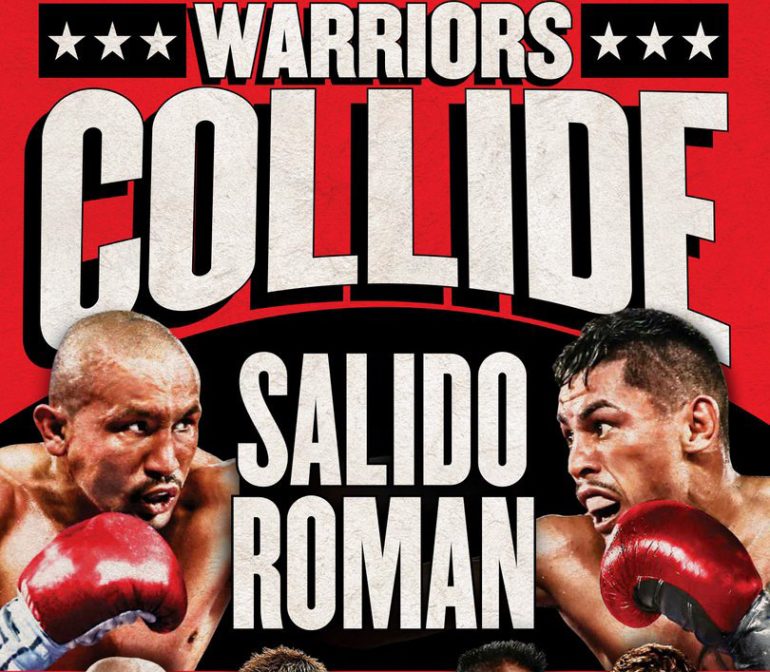 BELL, California – Orlando “Siri” Salido and Miguel “Mickey” Roman held a media workout at the Azteca Boxing Club Tuesday afternoon, just a few days ahead of their HBO-televised clash this Saturday, and both Mexican junior lightweights spoke with RingTV.com before heading to the Mandalay Bay in Las Vegas, Nevada.

“I’m very happy to be back on HBO and I thank the promoters for making it possible,” Salido said through the translation of Ricardo Jimenez. “Obviously, I was hoping to be facing Miguel Berchelt on this card, but he got hurt, so it couldn’t be made. So I’m just happy to at least be fighting and not lose the date.”

Salido (44-13-4, 31 knockouts) was originally slated to face the WBC 130-pound titleholder, but Berchelt bowed out with a hand injury. The WBC tried to make the fight with Roman for an interim junior lightweight title, but HBO refused according to the WBC, making this match a 10-round affair.

“(I’m) not disappointed,” responded Salido when asked if he wishes the fight was a 12 rounder. “Ten or 12 rounds for us is gonna be the same thing because we’re gonna go very hard from the beginning. So for us, it doesn’t matter. It would’ve been nice to fight 12 rounds for the interim title, but I know it’s not possible.”

The last time Salido was on HBO, he helped produce the 2016 RING magazine Fight of the Year with his majority draw with Francisco Vargas. It’s been 18 months since and Salido has only fought once in that time span, but he believes this fight could garner the same kind of recognition.

“It’s a lot more comfortable for me,” Salido said about the match-up with Roman. “I know the way I fight. I like guys right in front of me. I know he will be in front of me fighting, and I think it’s going to be a nice fight for me – for my style.” Turning 37 last month, Salido hopes to prove he still has enough left in the tank in order to finally get his shot at the WBC title – a belt that has eluded him since that summer evening with Vargas at The Stub Hub Center.

“This fight is gonna be a war,” said Roman to RingTV.com, also with the help of a translator. “You should expect that because it’s gonna happen, but now it’s gonna be in my favor.”

Much like his Sonoran counterpart, Roman (57-12, 44 KOs) is another aging Mexican who has a knack for getting into thrilling fights, and that was last seen in January when his battle with Takashi Miura was televised on HBO. Roman, 32, was knocked out in the final round of that brutal affair, but this past June in his hometown of Juarez against Nery Saguilan, “Mickey” was reassured that his career wasn’t over after performing well in another action fight that ended with him being the KO winner in the final round.

“I definitely needed a win after losing with Miura,” Roman said. “I was winning the entire fight – then I made a mistake. It cost me, but I learned a lot from that, and so I think that I’m now ready for this kind of fight.”

While they certainly have known about each other over the years, Salido and Roman have never really had any relationship apart from seeing each other at random fights. Once they share a ring on Saturday, these Mexican action fighters will be getting to know each other far more than one can imagine.

Salido-Roman is the main event of an HBO Boxing After Dark triple-header (10:00 p.m. ET / 7:00 p.m. PT). Kenichi Ogawa and Tevin Farmer will square off for the vacant IBF junior lightweight title in the co-feature, and facing UK standout Stephen Smith is “Bandito” Vargas, who makes his return to the ring after losing his title to Berchelt in January.