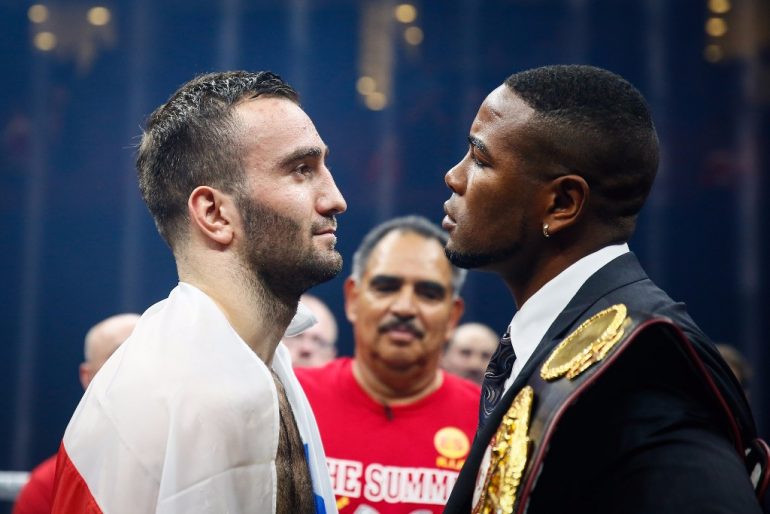 There’s no easy way out in the World Boxing Super Series.

In a pairing of unbeaten power-punchers, IBF cruiserweight titleholder Murat Gassiev will do battle with Yunier Dorticos in a semi-final of the elimination tournament at the Bolshoy Ice Dome in Sochi, Russia on February 3.

Gassiev, who is rated No. 2 by THE RING at 200 pounds, earned his spot by crushing Krzysztof Wlodarczyk inside three rounds and he will have home advantage against the hard-hitting Dorticos.

“The location for the semi-final was not important for me, but the fact that it will be in Russia and the beautiful city of Sochi makes me very glad,” said Gassiev.

“This means my family and friends and a lot of people from my home region of Ossetia will be attending. Also, it is always an honor and pleasure to fight in front of my countrymen.

“Dorticos is a very good dangerous fighter. It is going to be great to test my skills against an opponent like him. I am confident we will deliver great boxing for fans around the world.”

Dorticos, who is rated No. 5 by THE RING, also impressed in his quarter-final with a devastating second-round knockout over Dmitri Kudryashov.

“I am looking forward to fighting in Sochi. No matter where I fight, I will work hard to take my opponent out,” said the 31-year-old Dorticos, who is fighting out of Miami via Cuba.

“I believe I am the best in the world and the future winner of the Muhammad Ali trophy. I can’t wait to show Gassiev and the fans in Russia and all over the world what ‘The KO Doctor’ is about.”

The other cruiserweight semi-final will be between Oleksandr Usyk and Mairis Briedis, who hold WBO and WBC cruiserweight belts respectively. That bout is still be scheduled.

The final of the WBSS will take place in Jeddah, Saudi Arabia in May 2018.

Tickets for the Ali Trophy semi-final between Gassiev and Dorticos are going on sale later this month. Fans are asked to sign-up for ticket alerts at worldboxingsuperseries.com to avoid disappointment.