Sadam Ali answers the one question needed to be asked 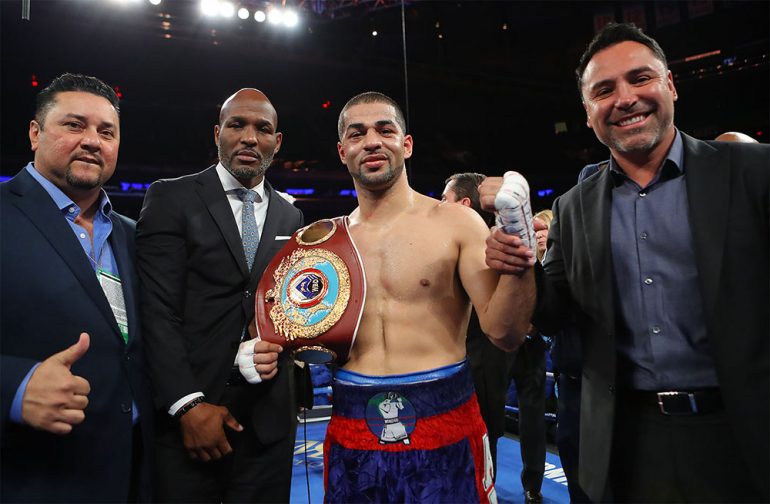 Sadam Ali was kind enough to interact with me last Friday, after he weighed in, and answer a few questions, for a story for RingTV.com.

I fired him two queries before the weigh-in and he answered and then I lost his attention. Though most appreciative of what I got, I still wanted my last answered. So on Saturday evening, at Madison Square Garden, Ali sent Miguel Cotto a message of brutal directness, that the time is right to step away from active participation in the ring. He was looking to do an Elvis and leave the building but the kid was good enough to let me fire him one more question.

“Sadam,” I said, as a media scrum pushed in, eager to talk to the triumphant, new WBO junior middleweight titleholder, “the one question you weren’t able to finish when I was talking to you, yesterday, was, ‘How sure are you that you’re going to win the fight against Cotto?’”

This is what I messaged him: “You KNOW you can do it??”

He grinned, in recognition that this question hung in the air, demanding an answer which he all but answered at MSG, on Saturday.

“How certain – how sure were you?” I posed, as Team Ali, including proud pop David Ali, leaned in to hear the response. “I was sure…I was sure I had a chance to win,” said Ali (26-1, 14 knockouts). “I was sure, if I do everything right in there, I could pull it off.”

“But you weren’t certain you were gonna win?”

“I mean, I knew it wouldn’t be easy,” he said, as I noticed the lumping underneath his right eye. “Everybody was looking at it, I was a huge underdog. And if I do things right, I could win.”

He did and he did.