Lightweight Jamel Herring makes a change in his corner 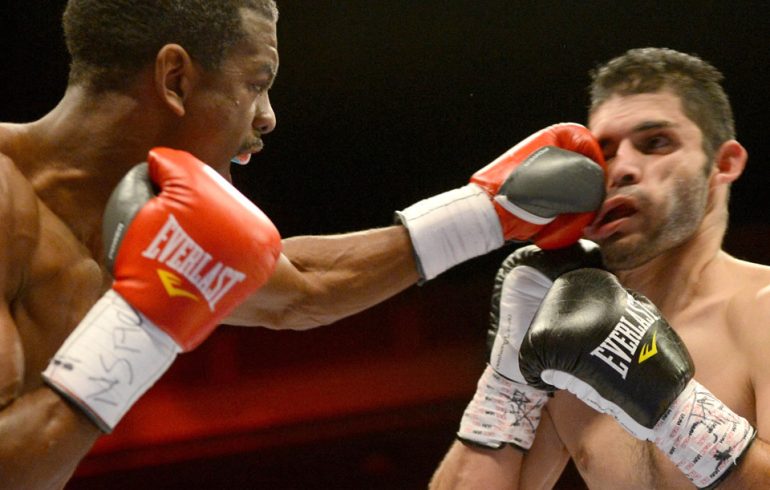 Changes are afoot in certain spaces, with moves being made by athletes looking for a spark, seeking new insight and input, as they work to climb the ladder on those slippery rungs, which encourages all but the topmost specimens from taking a risky leap to the top rung.

Long Islander Jamel Herring, the 2012 Olympian and Fighting Marine, who is world-class at 135, has done a trainer switch.

Out is Ohioan Mike Stafford, in is Brian McIntyre, the Nebraskan who has brought two-division champion Terence Crawford from Pampers to pound-for-pound supremacy.

“Nothing against Mike, love him to death, but I needed more attention and a fresher start,” Herring, age 32, (16-2, 9 knockouts) told me.

In August, the lefty Herring dropped a 10-round unanimous decision to Ladarius Miller (14-1, 4 KOs) in Vegas. He is 1-2 in his last three and is looking for a new voice to help open his eyes to something he might have missed, in the quest to make him as effective a ring general as possible.

Word is his contract with adviser Al Haymon is up soon and Herring is exploring options, including perhaps the offer of an extension, if that side wants to pursue it. It would make sense that maybe Top Rank could be a promotional possibility, what with McIntyre and Terence Crawford being TR favorites.

My three cents: I’m not one of these pundits who is out there on the outside, way outside the arena, opining that fighters dump trainers, end long time and intimate alliances. I know how solid Mike Stafford is and how much love in his heart. Herring does even more than I but, sometimes, business has to trump personal. It’s not personal; it’s business and business, in this case, concerns a man working a tough trade to feed a family. He has to solve that part of the equation first and foremost.