Miguel Cotto’s retirement came not a fight too soon 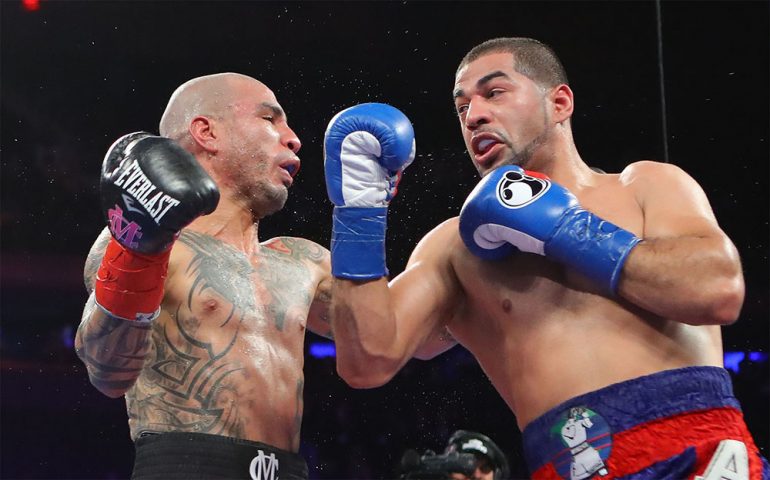 If over the next days, weeks or months, Miguel Cotto begins to second-guess his decision to retire, someone who cares about him should sit him down in front of a TV set, pop in the DVD of his farewell fight against Sadam Ali and fast-forward to the 11th round.

The spectacle of Cotto moving in reverse, circling the ring with his head down, stopping to complain to the referee about a low blow and spending much of the round with his back against the ropes told you all you needed to know.

Cotto was not fighting Floyd Mayweather or Manny Pacquiao or even Zab Judah on this night. Ali is a nice fighter who boxes and moves well, but he is hardly a feared puncher and coming into the fight, his was the chin that was suspect, not Cotto’s.

And yet, as early as the second round, it was Cotto who was wobbling, first from a lead right that landed high on his forehead, and eight rounds later, from a left hook. And when he had Ali trapped on the ropes, as he did numerous times in the fight – a predicament that would have proven fatal for most Cotto opponents in years gone by – not once was he able to hurt his man, or even get him to stand still. Cotto did wobble Ali once, from a right in the sixth round, but lacked the reflexes to follow up.

If that isn’t enough to convince a guy as smart as Cotto that it’s time to walk away, then nothing is.

And as if to emphasize the point, a few minutes after the end of the fight they played a video tribute to Cotto’s career on the overhead screens. There was Cotto beating Shane Mosley and knocking out Ricardo Torres, punishing Antonio Margarito and Sergio Martinez and Daniel Geale and Yoshihoro Kamegai. That fighter was all pressure and aggression and seemingly endless volleys of punches delivered to the body and head, mostly with his punishing left hook.

And that fighter was seen only in fleeting glimpses in the Madison Square Garden ring against Ali.

I gave up the business of telling fighters to retire back in 1996, after advising Evander Holyfield to walk away after his dreadful showing against Bobby Czyz in the same Madison Square Garden ring in which Ali and Cotto did battle Saturday night. A few months later, of course, Holyfield steamrolled Mike Tyson. So much for my retirement advice.

But this was Cotto’s decision, not mine, and I feel perfectly justified in backing it up.

If anything, this fight was reminiscent of another Garden party spoiled by an intruder, the night Terry Norris, a big underdog, came in and shocked Sugar Ray Leonard back in 1991. 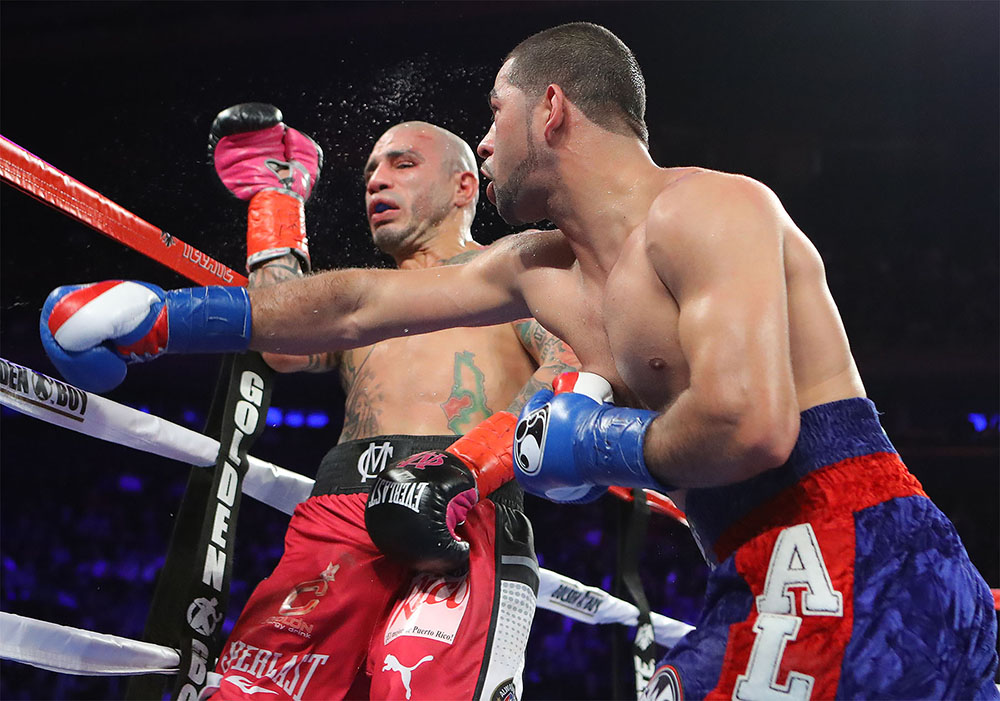 That night, Leonard showed a lot of the flaws Cotto displayed Saturday. He was a tick behind his younger opponent all night, never was able to hurt him, and twice found himself on the seat of his pants courtesy of punches he probably would have spit at in his prime.

But that night boxing reminded us, as it almost always does, that it is a young man’s game. And certainly not a game for a man with one foot out the door and into a pair of bedroom slippers. You can’t blame Cotto for wanting to walk away from this life and into a much better one with his beautiful wife and children, but you can blame him if he changes his mind and decides to give it one more shot.

He’s got a built-in excuse, the injury to his left bicep that he says he suffered in the seventh round. But there was plenty of evidence before that to tell Cotto that it was time to go.

And if he thinks otherwise, he’s only kidding himself.

Better we should remember the Miguel Cotto who sold out the Garden in his previous nine appearances – the announced attendance was 12,391, and for the first time at a Cotto Garden Party there were wide swaths of empty seats – and who four times made the weekend of the Puerto Rican Day Parade in this fight-crazy town an annual fiesta.

Better we should remember the Cotto we saw on the big screens above the Garden ring rather the watered-down version who performed in the ring against Ali.

Better we should see Cotto go on to a happy, healthy life with his wife, his children, and his apparently solid finances than have to see him end up the way so many before him have, taking one fight too many rather than one fight too few.

Miguel Cotto seems to have gone out on exactly the right number of fights, even if the last one didn’t end up the way he or the crowd would have liked it to.

And if he has any doubts about that, he can always watch that 11th round again, and see what everyone else at Madison Square Garden saw.