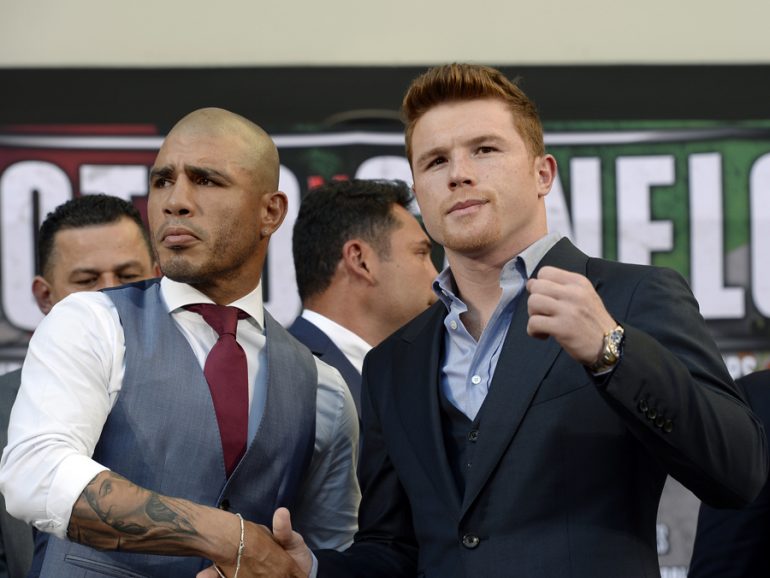 Was the Prima Donna torch passed from Cotto to Canelo when they fought in 2015?
02
Dec
by Mike Coppinger

Canelo Alvarez and Miguel Cotto engaged in a competitive fight for the RING middleweight championship in November 2015.

Two years later, Cotto is ready to say goodbye to the sport he gave so much to. He’ll defend his junior middleweight title against Sadam Ali on Saturday in New York. But before he bids farewell at age 37, his former foe sent a special message to the future hall of famer.

“Now it’s your time to enjoy everything you did for the sport of boxing and everything that boxing has given you. Personally, it was an honor to be in the ring with you. I learned a lot from that fight. It was an honor, and I wish you all the success in the world in your retirement. A strong hug from me, and much success!”

Alvarez outpointed Cotto to win the lineal and RING 160-pound championship. The fight generated 900,000 pay-per-view buys, and sharing the ring with Cotto helped Canelo’s star grow. The torch was passed.

Now it’s time for Cotto to enjoy retirement. Just after one more fight.