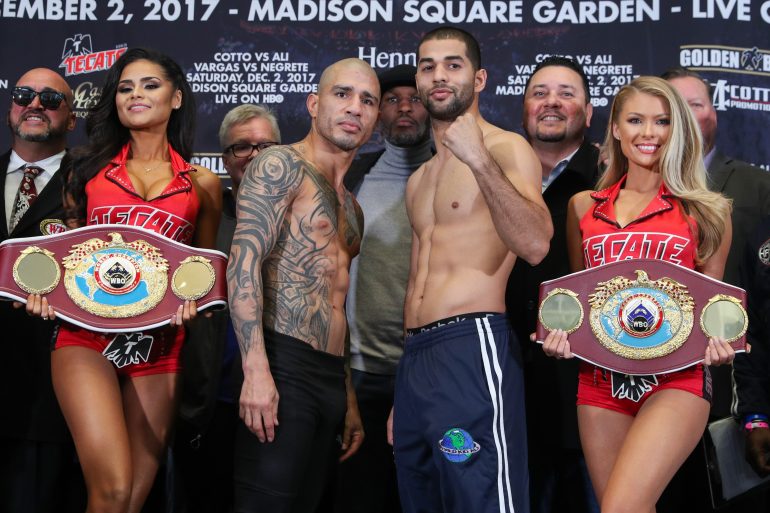 Sadam Ali is the one moving up in weight, but he towered over Miguel Cotto at Friday’s weigh-in.

At 5-foot-9, the Brooklynite will own a two-inch height advantage on fight night over Cotto, who will say farewell to boxing Saturday with a junior middleweight title defense at Madison Square Garden (10 p.m. ET, HBO).

Size shouldn’t matter in the ring, though. Cotto (41-5, 33 KOs) is a legend, and he remains a big puncher. He smashed up Yoshihiro Kamegai in August, and Ali should be no match as well.

Ali, hasn’t shown a sturdy chin and was even knocked out by Jessie Vargas in his lone step-up bout (Vargas has knocked out just 33% of his foes.)

In the HBO co-feature, Rey Vargas will defend his 122-pound title against undefeated prospect Oscar Negrete. Negrete will give up 2.5 inches in height (he’s 5-foot-5), but they weighed about the same. Negrete tipped the scales at 121.2 pounds; Vargas was 121.4. 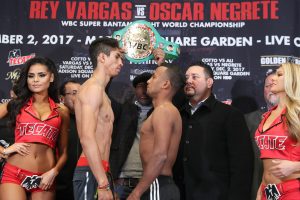