Move over, Ricky Nelson; Sadam Ali is here to crash the Garden party 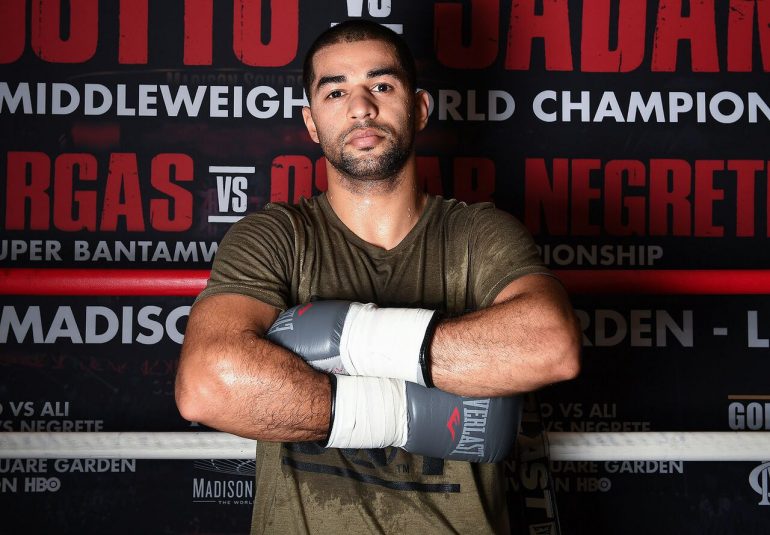 A Garden party has been put together for Saturday night and the man of the hour is not Sadam Ali.

Not that the kid – I call him kid because, even though he is 29, he is fresh-faced and unfailingly so bloody polite, like an eager teen who was brought up to respect and revere elders – doesn’t deserve to be feted because he truly is a role model of decency in his community and the sport.

But no, Miguel Cotto is the guy who will have the spotlights bathing him, will have the majority of eyes focused upon him, as fans reflect a superb career and a tremendous track record of seeking out the sternest tests, and doing so with the barest minimum of fuss and consternation.

Wait…”Sternest test,” some of you are processing as you scan the text. Is Sadam Ali fitting the category of “sternest test”? You will argue with vehemence that he is not. Well, is Ali (25-1, 14 knockouts, the “1” being a loss to Jessie Vargas in March 2016, with the vacant WBO 147-pound crown on the line) not in the same category with some other previous Cotto foes? Not there with Zab Judah, Shane Mosley, Antonio Margarito, Manny Pacquiao, Floyd Mayweather Jr., Sergio Martinez and Canelo Alvarez? Ali will have to elevate himself to get on the same plane as Austin Trout and Ricardo Mayorga but that’s not a knock. He is to be, I believe, lauded for attending this party at MSG on Saturday. Others turned down the bridesmaid role. Danny Garcia, Mikey Garcia, Errol Spence Jr., Jessie Vargas, all were offered the chance to create mad buzz by wrecking the WBO junior middleweight titlist’s retirement bash, by turning over the punch bowl table and making off with the heroine.

Golden Boy Promotions President Eric Gomez presided over the Thursday press conference at MSG to hype the adios-to-Cotto clash, which will run on HBO. He told media that Sadam Ali and dad David, his manager, deserve props, for seeking out this challenge. David Ali called Gomez for a two-week span, lobbying for his kid to get the slot. I asked Sadam, the fighting pride of Canarsie, Brooklyn, about the process: “I’m not sure how it happened exactly but it was brought to me. Some fights fell out for Cotto and, from what I know, I was asked if I wanted to take the fight. Against a legend in Madison Square Garden on HBO for a world title, how could I say no? Cotto is great fighter and I’m thankful for this opportunity but I was excited to take on the challenge and knew I had to really work hard if I wanted to shine.”

See what I mean about that youthful vibe on Ali? You can picture the earnest expression, as possessed by a teen not yet injected with cynicism obtained through life’s propensity to offer hard lessons.

“Yeah, I thought about it but I always said, if it made sense to move up a little, I would. Also I walk around at about 167.”

And, if he flips that punch bowl table, on Saturday night and Sunday morning, and afterward, he can walk around as the King of Canarsie and beyond. Stranger things have happened at Garden parties.