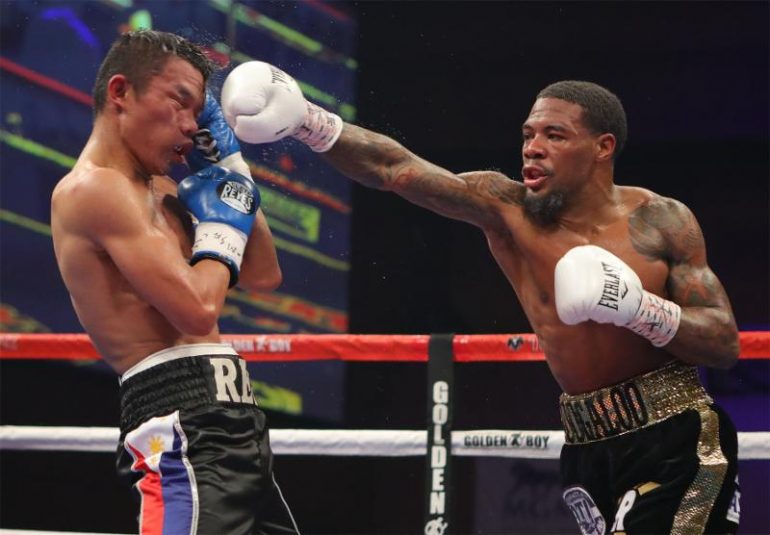 After recently fighting in Southern California and Las Vegas, Roach was fighting near his hometown for the first time in almost two years. Roach was born in Washington, D.C. and currently resides in nearby Upper Marlboro, Maryland.

Roach (16-0, 6 knockouts) was effective fighting from the center of the ring, easily outboxing the Filipino fighter. Perez pressed the action, but Roach easily outboxed him, scoring repeatedly with left hooks to the head.

Perez (21-9, 6 KOs), who has now lost five of his last seven bouts, went down to the canvas in round five, but referee Bill Clancy ruled he went down from a slip.

Perez looked like he was in survival mode during the final rounds of the fight, looking to land one punch at a time as Roach walked him back against the ropes.

All three judges scored the bout 99-91 in favor of Roach.

“I feel good after a good performance like that,” said Roach, who fought just over two months ago. “In the second round, he hit me with a really good body shot. But I stayed composed and got myself together. I’d been through that before, and I’ve sparred with bigger people. True fighters know how to recover and get back to their game plan, and that’s what I did. I used the time to recover, and got back to what I was doing to get the victory.”

In the opening bout of the “Golden Boy Boxing on ESPN” telecast, junior lightweight Avery Sparrow won a 10-round unanimous decision over Jose Lopez.