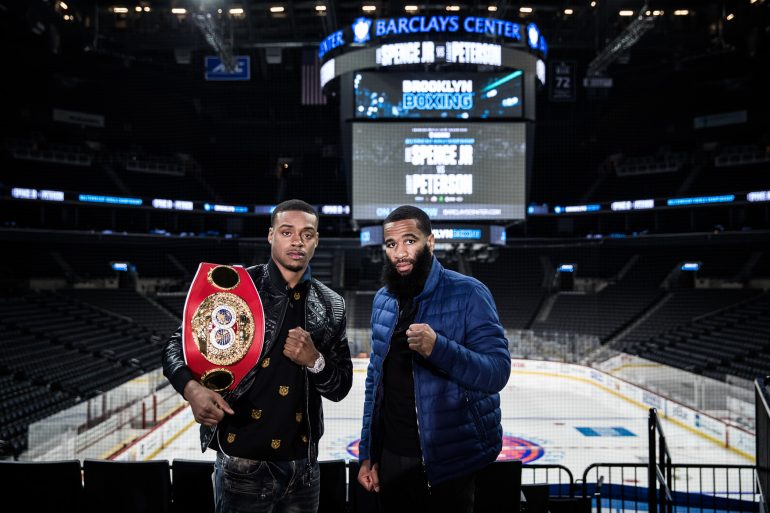 Errol Spence Jr. and Lamont Peterson first sparred each other six years ago.

Peterson, an established junior welterweight at the time, knew then: this amateur was destined for stardom.

They developed a friendship, but they’ll have to put that relationship aside for the next seven-plus weeks. Their paths have carried them to another meeting in the ring, this time with a welterweight title at stake.

And the roles have reversed. Now, it’s Spence who is the top dog, the budding star for whom great things are expected. Peterson is the 33-year-old veteran trying to stay relevant.

The title tilt will headline a Showtime Championship Boxing card on January 20 in Brooklyn, New York, and it’s the first significant boxing show of the new year.

“I don’t have to be angry or mad at the person. This is my profession,” Spence told reporters on a conference call Tuesday. “Magic Johnson and Isaiah Thomas were best friends, but in the (NBA) Finals they were out to beat each other.

“This is a business but relationships last. We both have dreams and our dreams are to be world champions.”

Spence (22-0, 19 knockouts) already is a champion after he travelled to England and stopped Kell Brook in the 10th round of their May meeting. The Texan has been inactive since, and his first 147-pound title defense will come against Peterson.

The 27-year-old only fought once this year, but with his first bout taking place in the first month of 2018, he’s on schedule for a far more active campaign.

“I’m supposed to fight three times next year,” he said. “That’s the plan.”

Peterson’s plan, of course, is to upset Spence and ruin those best-laid plans. The Washington D.C. native, too, fought only once in ’17, but he’s a veteran of the game. Peterson has shared the ring with the likes of Amir Khan, Timothy Bradley, Lucas Matthysse and Danny Garcia.

Now, he’s stepping up for another significant fight against an opponent who’s expected to surpass all of them in the ring.

“I can’t worry about people thinking that Errol is the next star in this sport. I believe that, but I can’t worry about it,” said Peterson (35-3-1, 17 KOs). It is up to me and my team to come up with the right type of strategy and execute it.

“I’ve done this for 13 years as a professional. All fights are the same. I’m going to go in there and take care of business.”

“As a top fighter, you’re obligated to take what comes on the table regardless of who it is. It’s boxing,” he said. “It’s a sport and we’re competitors. We want to go in there and compete to see who’s the best. We’re going to treat it like business like we always do.”