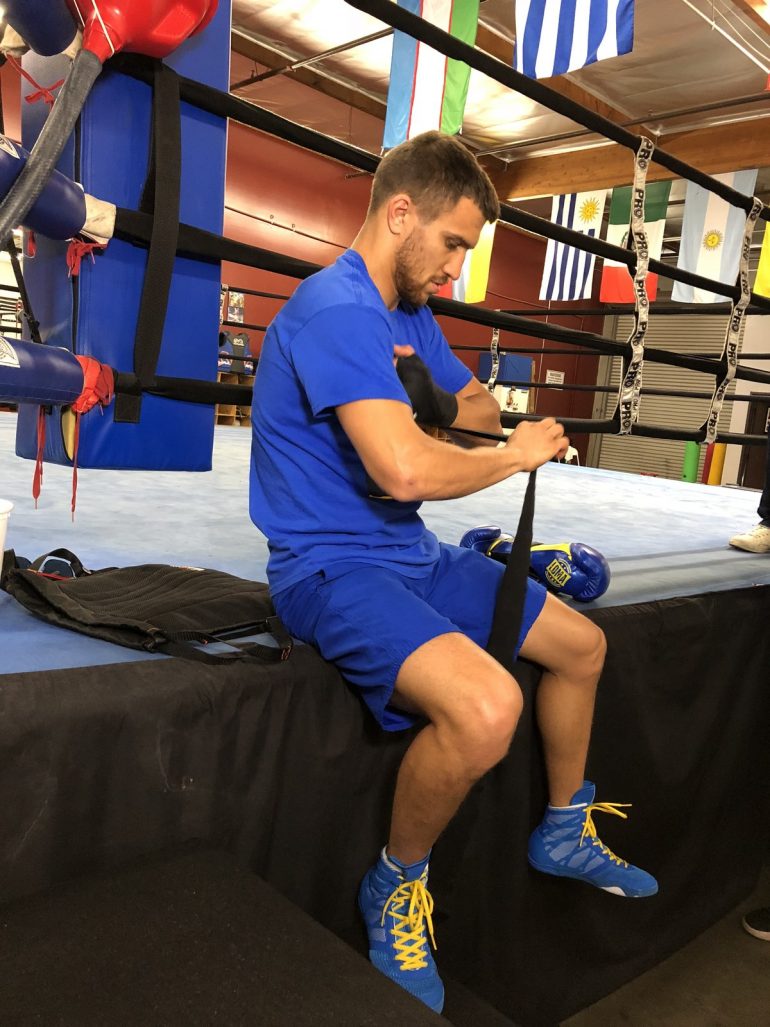 OXNARD, Calif. — Boxing fans have been waiting for a long time to watch two of the greatest — if not the absolute best — amatuer boxers ever squre off.

It comes with a catch, of course. Many critics believe Guillermo Rigondeaux is too small to match up with Vasyl Lomachenko.

Only the Ukraniaan doesn’t see it that way, though he’s the favorite with good reason ahead of their December 9 matchup in New York on ESPN.

Lomachenko (9-1, 7 knockouts) is supremely talented, he’s eight years younger than Rigondeaux, and he’s the bigger man. But is he truly the bigger man?

Lomachenko’s 130-pound title will be on the line, and his last four fights have been contested at the same weight. Rigondeaux, who holds a belt at 122 pounds, will be fighting above junior featherweight for the first time.

But in Lomachenko’s eyes, the advantage isn’t as great as many believe — if there is one at all.

“I saw his last fight in Las Vegas, I saw him in real life,” Lomachenko — with the help of manager Egis Klimas — told a group of reporters at his media workout Tuesday at Robert Garcia’s Boxing Academy.

To ensure there won’t be too much of a weight disparity on fight night, Rigondeaux’s promoter, Roc Nation Sports, requested a same-day weight check in the contract. So now, Lomachenko and Rigondeaux (17-0, 11 KOs) will step on the scale Friday, where they must weigh 130 pounds or less, and then again Saturday morning, where the maximum weight allowed is 138.

Lomachenko said it won’t affect him one bit.

“Egis called me and i was in ukraine, and asked me “Hey, Rigondeaux team want to sign the contract but they want to check your weight on the next day,” Lomachenko recalled. “I never took the time to think about it. I said OK, OK. You need to say what they want, but make them sign the contract.

Are Lomachenko and Rigondeaux truly the same size? Not exactly, especially since Lomachenko is now a fully fledged junior lightweight comfortable fighting men of that stature.

But Rigondeaux will own a 2 1/2-inch reach advantage, and maybe, the size disparity isn’t a gulf too great for the Cuban to overcome.