Daniel Gonzalez hopes to be Star Boxing’s next crossover success 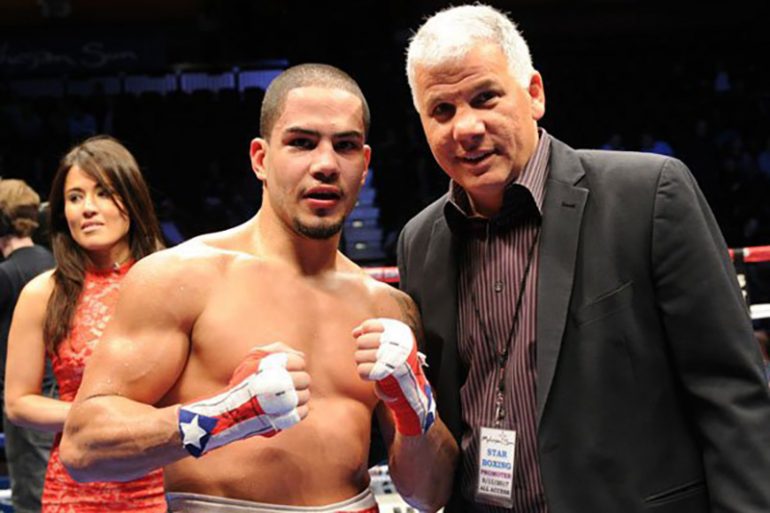 Daniel Gonzalez has much to be thankful for this Thanksgiving holiday week as he prepares to face Danny O’Connor tonight at the Mohegan Sun Arena in Connecticut.

For Gonzalez (14-0-1, 5 knockouts), who is a fitness buff, boxing is not only a gateway to a future world title opportunity but also a lifestyle choice that has already paid large dividends to both himself and his brother. Gonzalez, through his love for boxing and competing in the sport, has shed nearly 100 pounds and then helped his brother lose an astounding 170 pounds.

“I was extremely overweight,” Gonzalez told RingTV.com. “So, I understand the aspect what eating certain types of foods can cause, but it always comes down to one’s lifestyle. People will say you have to eat less, but it’s more complicated than that. What helped me and my brother was we changed our lifestyles and then little by little, day by day, everything else fell into place.”

What has fallen into place is a stellar professional career for Gonzalez who hopes to be next prospect from Joe DeGuardia’s Star Boxing to crossover to contender status and appear in big fights on premium cable. Gonzalez is another in the long line of local boxers that DeGaurdia has nurtured from the popular “Rockin’ Fights” series at the Paramount Theatre in Long Island, New York. Gonzalez has made six consecutive appearances at the Paramount before graduating to the 10,000-seat Mohegan Sun Arena.

“Star Boxing did it with Chris Algieri, they did it with Joe Smith, Jr. and now they just did it with Cletus (Seldin),” Gonzalez said. “They build guys up, put them in hard fights and when they win hard fights they get the big fights, so I have 100% confidence that they will get me there too and I will shock the world when they get me a world title fight.”

Tonight, Gonzalez will face the toughest test of his career in O’Connor (28-3, 10 KOs) who has won two consecutive fights since his stunning first-round knockout loss to Gabriel Bracero in October 2015.

“A win over O’Connor will definitely boost me in the rankings and help me move forward,” Gonzalez said.

Bracero, who is a gym-mate of Gonzalez’, has fought and defeated O’Connor twice so Gonzalez feels he is familiar with what O’Connnor will bring to their bout but says he won’t look for the knockout after Bracero’s sensational one-punch stoppage.

“I’ve watched Danny on TV and he is very experienced with a deep amateur background,” Gonzalez said. “I am not going to rely on trying to knock him out, but I wouldn’t be surprised if I do knock him out. Tito got him with a great shot, (O’Connor) got caught cold in the first round. But I am going in with a mindset that if I have to go 10 hard rounds then I will.”

Gonzalez credits his work in strength and conditioning that he believes will be the key difference maker in the O’Connor bout and beyond.

“I work with the same strength and conditioning coach who helped Chris Algieri get a world title and get him to the Manny Pacquiao fight. I feel like I am progressing both technically and physically. The fact that this is a 10-round bout is an advantage for me.”

Gonzalez likens his style to that of former welterweight titleholder Shawn Porter and, like Porter, believes he only gets stronger as the bout goes on.

“I am 100% a pressure fighter,” Gonzalez said. “I like to get in there and break guys down, have them break from exhaustion and break their will over 10 rounds. Then again if I blow him out in one round so be it. Either way I will put it on him.”