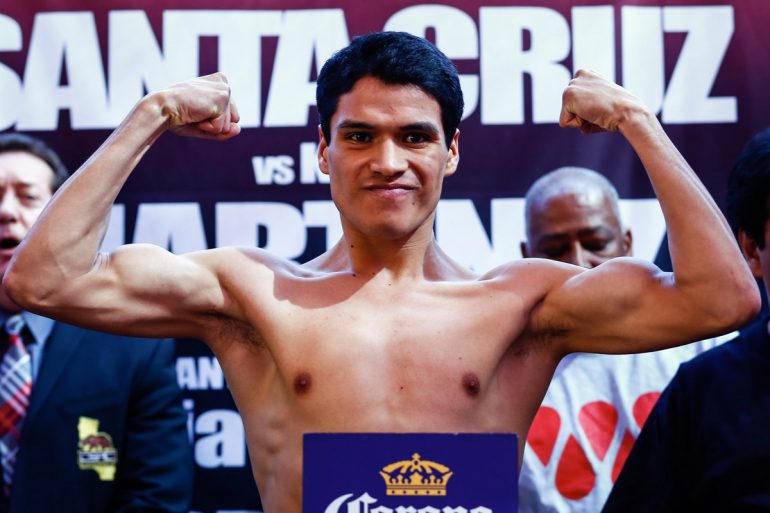 The 12-round bout will headline a Promociones del Pueblo and Cancun Boxing card.

Ceja (31-2, 28 knockouts) is coming off a third-round knockout victory over longtime bantamweight titleholder Anselmo Moreno in May. That was a welcome return to form after a 15-month layoff and a heartbreaking defeat.

In August 2015, Ceja got off the floor to halt Hugo Ruiz in the fifth round of an interim WBC title fight. When countryman Leo Santa Cruz moved up to featherweight, Ceja would be upgraded to full titleholder, but his reign was short-lived when Ruiz stopped him in the first round of a direct rematch.

Ceja, who is currently ranked No. 9 at 122 pounds by THE RING, is now mandatory challenger for his former title which is held by Rey Vargas, who faces Oscar Negrete on Dec. 2.

Teran (20-14-1, 13 KOs) has stopped five undistinguished opponents since a one-sided loss to Omar Narvaez in June of last year.

Lightweight contender Francisco Rojo (20-3, 13 KOs) of Mexico City is scheduled to face John Carlo Aparicio in a 10-round bout.

Rojo, who is ranked No. 10 by the WBC, lost a 10-round split decision to unbeaten Ryan Martin on Sept. 16 in Las Vegas.