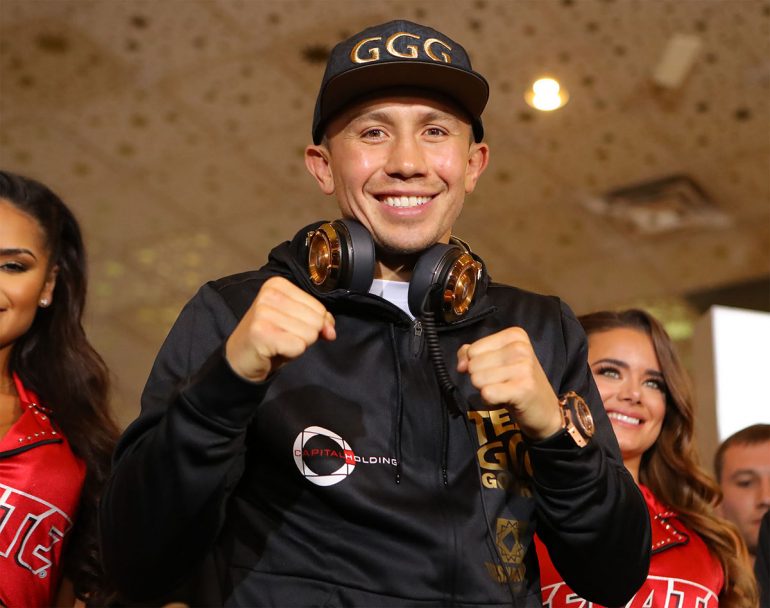 That is, if the right fight presents itself.

Golovkin considered a move up to super middleweight years ago for potential fights against Julio Cesar Chavez Jr. and Carl Froch.

GGG is still willing to make the jump up in weight.

“I feel comfortable in 160 but if there is a big fight at 168, then I would would go up,” Golovkin, 35, said during an appearance on ESPN Deportes.

First, Golovkin (37-0-1, 33 knockouts) is going to rematch Canelo Alvarez in May, just as soon as the fight is finalized. If it’s another great fight, there’s no reason why there wouldn’t be a trilogy.

Then, there’s still big fights awaiting GGG at middleweight, like a rematch with Daniel Jacobs, or even a potential fight vs. Jermall Charlo, though that’s significantly more difficult to make.

Still, there are some attractive options if GGG wants to prove himself in a new division.

Like a fight with Gilberto Ramirez, the WBO titleholder who is a star in Mexico and continues to build his profile on ESPN. Or even a battle with James DeGale in England.

But for now, there’s no reason for him to leave the confines of middleweight, where he’ll attempt to establish supremacy against RING champion Canelo Alvarez.

“I would love to fight for many years, three or five, but sometimes a punch can change your life,” he said. “Maybe in the next fight everything changes.”