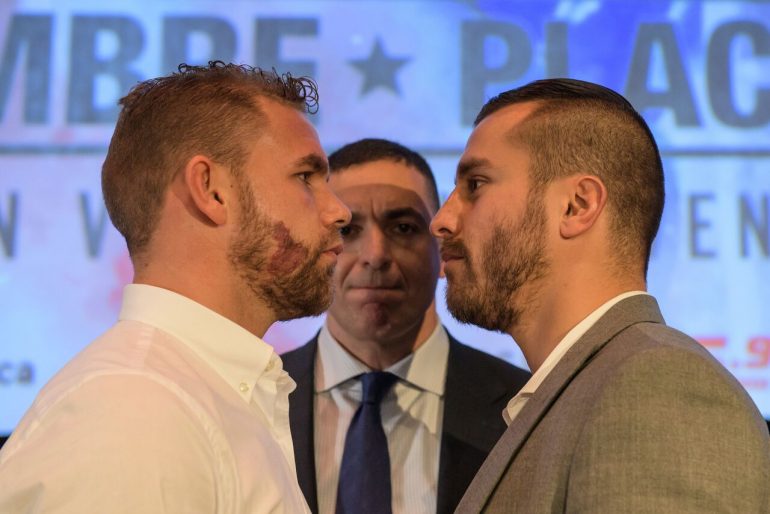 Someone who knows a thing or two about middleweight title fights tips David Lemieux big to become a two-time champion.

Bernard Hopkins, the legendary middleweight champion who now is an executive for Golden Boy Promotions, likes Lemieux big on December 16 when the Canadian fights Billy Joe Saunders on HBO.

Of course, Lemieux (38-3, 33 knockouts) is a Golden Boy fighter, so Hopkins has an interest in the fight. But he believes Lemieux will take care of business in impressive fashion.

“He’s the better puncher, better experience and I think it’s his time,” Hopkins told RingTV.com. “He wants that major fight with Canelo, he fought GGG already and no one wants to see that again.”

Hopkins is right, there. Gennady Golovkin already dispatched of Lemieux, so even if Lemieux dethrones Saunders and picks up the only belt GGG doesn’t hold, it would be hard to sell that fight.

A fight between Lemieux and Canelo for all four belts is far more attractive, and would feature two fearsome 160-pound punchers.

“He will knock him out in eight or nine, but it’s going to be brutal — back and forth,” Hopkins said. “Lemieux has the better chin. He’s been there, he knows this, he knows he has to pay the price to get back.

It’s unlikely Lemieux will be able to outbox Saunders, who beat Andy Lee for the title in December 2015. So a knockout might have to materialize, just like Hopkins envisions.