Miguel Cotto: No chance I’m coming out of retirement, not even for Canelo or GGG 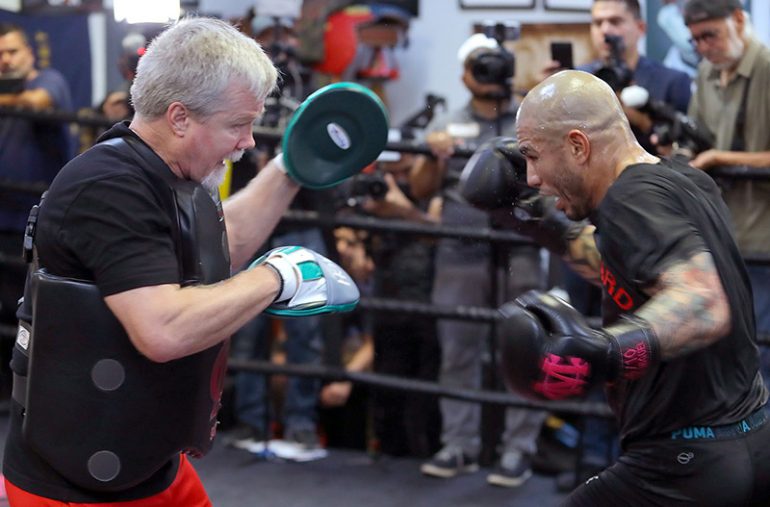 Miguel Cotto said it in January.

He said it again before his fight with Yoshihiro Kamegai in August.

And he’s saying it now: this is it.

After his December 2 junior middleweight title defense against Sadam Ali, the curtain will be closed on Cotto’s legendary career.

Not even if Canelo Alvarez or Gennady Golovkin come calling next year, Cotto said Monday in Los Angeles, will he be so inclined to even consider a return.

“Now, it’s time to be with my family. I lost a lot of good moments with them because of boxing, just trying to provide the best for them.”

Cotto has certainly done that during a career where he became the first fight ever from Puerto Rico to win titles in four weight classes. He fought the greatest fighters of his era — Floyd Mayweather and Manny Pacquiao — and made tons of money doing so.

Madison Square Garden was his home for nine fights, so it’s only fitting that Cotto, 37, will close out his career in New York, at the venue where he scored the greatest victories of his career.

Like the sweet revenge he exacted over Antonio Margarito in 2011. Or his dethroning of Sergio Martinez to win THE RING middleweight championship two years later.

But when it’s all over in less than 10 days, he wants to be remembered as a good person first and foremost.