Jason Sosa: ‘Gamboa out the way and I’ll have the opportunity to become world champion’ 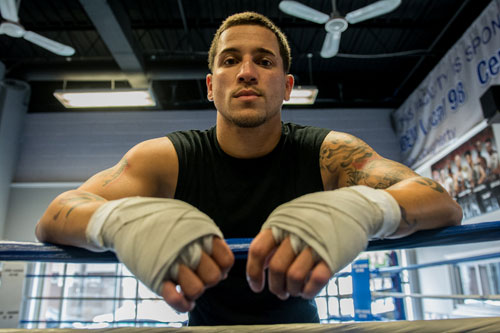 Sosa (20-2-4, 15 knockouts) had been scheduled to face Robinson Castellanos before the latter suffered a back injury in early November. Now, “El Canito” looks to rebound from an April loss to Vasyl Lomachenko against the very man Castellanos shocked earlier this year.

Gamboa, a former Olympic gold medalist and unified featherweight titleholder, retired after seven rounds against Castellanos in May. He has since scored a 10-round majority decision over the unheralded Alexis Reyes in Cancun, Mexico. Another defeat could signal the end of the 35-year-old Cuban’s career.

“I’m very excited and thankful for Gamboa stepping in for Robinson Castellanos,” Sosa told RingTV.com. “I’m excited because I have the opportunity to fight another great fighter. He needs to win like I need to win. I’m looking forward to having a great performance and showing the people what I learned in the [Vasyl] Lomachenko fight.”

After the Lomachenko reverse, Sosa visited his native Puerto Rico on vacation. During some downtime, he decided to open a sports bar on the island.

Sosa was then approached with the idea of a fall return. He began training camp 12 weeks ago, as usual in Cherry Hill, NJ. When he heard of Castellanos injury, he immediately switched his attention to Gamboa.

“We have great talent in our gym,” said Sosa. “We have different looks. We focus more on our mistakes. We correct every mistake we make in our last fight. We never focus on our opponent.”

Instead of looking to work his way back with a routine fight, Sosa wanted to test himself at a high level and considers the Lomachenko fight a blessing in disguise.

“It was a beautiful experience,” said the heavy-handed 29-year-old. “He’s making history. To be in the ring with such talent is an amazing experience. He’s pretty good. I wasn’t at my best that night, but there’s no excuse. I think I could have done a lot better.

“I learned a bunch of things from one of the greats (that) I’m excited to show. I don’t want to share them, I’ll show them.”

Going forward, Sosa wants to get back in the title picture in 2018. He’s not looking past Gamboa but there are a lot of options should he prevail.

“I’d like to be a champion at 130 again,” he explained. “Take Gamboa out the way and I’ll have the opportunity to become world champion again. If it’s [WBA belt holder Alberto] Machado it’s Machado. Puerto Rico vs. Mexico makes for good fights. Why not [Miguel] Berchelt? He’s got the WBC. Whatever they approach us with that’s what we’ve got to go with.

“Then move up; 135, 140. I’m looking at retiring around 35. Right now, I’m going to stay focused and keep on fighting. Opportunities will appear.”

J. Russell Peltz, who handles Sosa, is excited with the fight and the reward the winner could procure going forward. “A victory assures Jason (or Gamboa) of a world title fight at 130,” said the Hall of Fame promoter.

“This is a terrific fight, better than the original one because Gamboa has a much bigger name, even though he lost to Castellanos. Both Jason and Gamboa are about 5-foot-5 or 5-foot-6. Both come to fight. On paper, this is, by far, the best matchup on the card and it should be in the ring. These are the types of fights boxing needs at every level.”