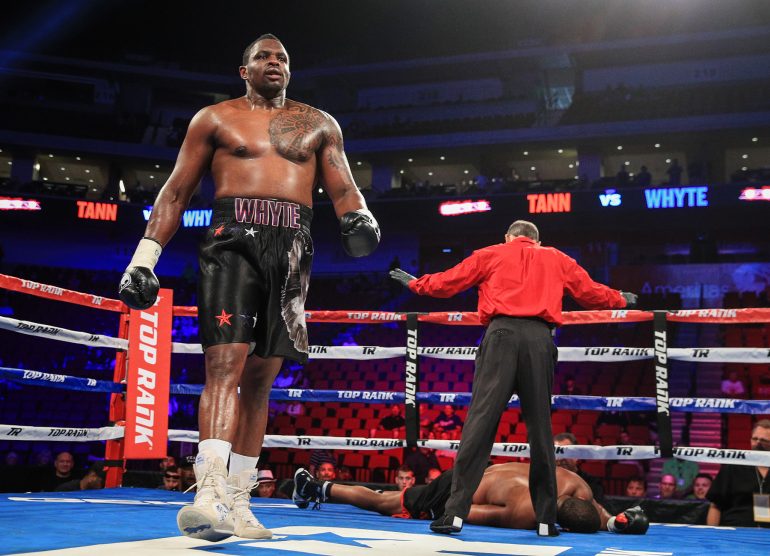 Tony Bellew and David Haye are set to fight some time next year after the latter withdrew with a biceps injury Monday, but just when they’ll meet is unclear.

In the meantime, fellow British heavyweight Dillian Whyte is willing to step in and fight Bellew on short notice. Bellew and Haye were scheduled to rematch on December 17, so Whyte wouldn’t have much time to prepare, but that’s OK with him.

“Let’s not let the boxing fans down,” Whyte tweeted Monday at his promoter, Eddie Hearn, who also has Bellew in his stable of fighters. “I will fight Bellew in December and beat him up, even without a proper training camp.”

Just two days earlier, Whyte took to Twitter to call out Lucas Browne. Whyte claims that Browne was sent a contract for them to fight on February 3, but that the Aussie hasn’t signed the contract.

Whoever Whyte (22-1, 16 knockouts) ends up fighting, it should be exciting.

THE RING’s No. 7 heavyweight’s bout with Anthony Joshua was thrilling at times, and his clash with Dereck Chisora in December was one of the best fights of the year.