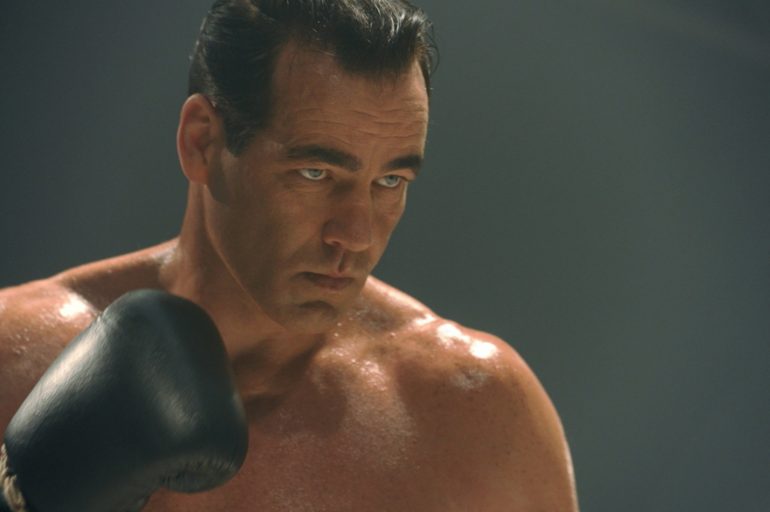 Former world titleholder Henry Maske is the man largely recognized with revitalizing boxing in Germany, breathing new life in the sport in his homeland during the 1990s.

He initially won gold at the 1988 Olympics in Seoul, before winning a version of the light heavyweight title as a professional.

Maske, was born on Jan. 6, 1964, in the small town of Treuenbrietzen, in former East Germany, a few hours from the Polish border.

At just six years old, Maske accompanied a friend to a boxing gym.

“He left the training group after two weeks, (me) after 26 years,” laughed Masked in an interview with RingTV.com.

At that time, the German Democratic Republic offered very good opportunities, as long as you were successful. Maske was able to succeed by virtue of his discipline and hard work. 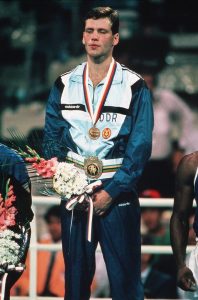 Maske was a top amateur. He won silver at the 1986 World Championships before easily claiming middleweight gold in Seoul.

“The moment of an Olympic victory will remain unforgettable for me,” he said proudly. “That was the greatest thing for me.”

The following year, he went back to the World Championships and won gold at light heavyweight. He was also a three-time European champion.

He exited the amateur scene with an approximate record of 172-15 and turned pro in May 1990. He progressed quickly, gaining good experience by besting former world title challenger Sean Mannion and former WBA titleholder Leslie Stewart.

The Gentleman retained his title twice in 1993 and was named German Sportsman of the Year.

In total, the likable German southpaw retained his crown 10 times over a 3-and-a-half-year period. He bested the likes of Iran Barkley (RTD 9), Egerton Marcus (UD 12, in a rematch of the 1988 Olympic final) and Graciano Rocchigiani (UD 12 twice) before losing a unification match to Virgil Hill. Afterwards, amid emotional scenes, he retired.

After an 11-year retirement, he returned for a one-off fight with old rival Hill, in 2007. This time Maske won a decision and once again stepped away from boxing with a record of (31-1, 11 knockouts).

In 2010, Maske played Max Schmeling in a biography Max Schmeling – A German Legend which charted the legendary former heavyweight champion’s life and career.

Two years later, he joined Schmeling as the only other boxer currently inducted into the German Sports Hall of Fame. 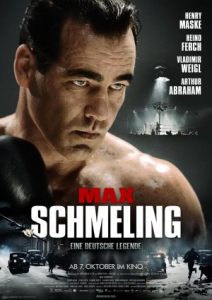 Nobody is better placed to talk about the impact Maske had on boxing in Germany than former promoter Wilfried Sauerland.

“Both Maske and his trainer [Manfred Wolke] are very likable and hardworking,” said the 2010 International Boxing Hall of Fame Inductee. “As amateurs, they’re more professional than 99 percent of all professionals.

“Professional boxing wasn’t very much alive at the time but, within a short time, he filled the halls and became very popular. He became a big star.”

By doing so, Sauerland feels that Maske inspired future generations in Germany. “There were quite a few people from the young amateur boxers who said he was a big idol to them,” he said.

However, Sauerland admits that his former fighter didn’t have the same impact outside of Germany.

“People in Germany saw different things,” said the former promoter. “Not all of them, but most of them. They don’t necessarily need a knockout. They like if a guy boxes technically and, of course, wins the fight. They just like if somebody boxes well and has a good defense.

“That’s why in Germany you still see the crowd clapping if somebody makes a good defensive move, which you don’t find in many other places.”

Maske is able to mix with people from all societies. He carries a certain gravitas in his homeland.

“I would say after Max Schmeling, who’s not there anymore, he’s considered the best boxer Germany ever had,” said Sauerland. “Outside of the ring, he’s very popular. He’s invited to all the VIP parties. He’s a big attraction where he goes.”

Today, Maske, 53, lives in Bergischen Land, in the region of Nordrhein-Westfalen, near the city of Cologne. He has been married for 25 years and has two children.

After retiring from boxing, he became a commentator for RTL (German TV channel) before moving to ARD, but he hasn’t worked for them since 2014. 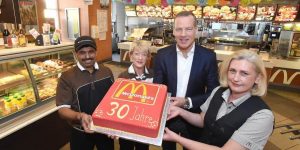 Maske is kept very active with his ventures outside of boxing. He owns 10 McDonald’s franchises, employing 350 staff and holds lectures for managers from the business world. In 1999, he formed his own foundation called A Place for Kids which supports disadvantaged children.

He graciously took time from his hectic schedule to speak to RingTV.com about the best he faced in 10 key categories.

BEST JAB
Virgil Hill: He is a very clever boxer whose moves are very considered. He uses his jab specifically to enforce his tactics.

BEST DEFENSE
Graciano Rocchigiani: From an extremely closed defense, he observes his opponent. When he saw or recognized a chance to hit the opponent, he acted immediately.

BEST CHIN
Ernesto Magdaleno: He took a lot, but did not go to the ground. Only after the ninth round, he gave up.

FASTEST HANDS
Hill: He was quick on his feet, quick with his hands. He acted very calculating with a plan. He had the fastest hands.

FASTEST FEET
Andrea Magi: He was very quick on his feet. He could very quickly change the distance.

SMARTEST
Hill: His cleverness and cunning rarely allowed his opponents to look good.

STRONGEST
Prince Charles Williams: He was a strong personality and just so convincing when he was in the ring.

BEST PUNCHER
Williams: He had a very hard straight right hand, as well as a short uppercut to the chin. (Also) I only know him from sparring, but, in 2007, during my preparation for Virgil, Glencoffe Johnson, massaged my ribs. It was not easy to cope with.

BEST SKILLS
Egerton Marcus: He was the perfect professional boxer for me; compact figure, good reach and very good technique.

BEST OVERALL
Hill: He was, in my opinion, the best boxer overall. He did nothing coincidentally. He had a plan every time. He fought with very different strategies against different boxers. To defeat him, you needed an even better plan.