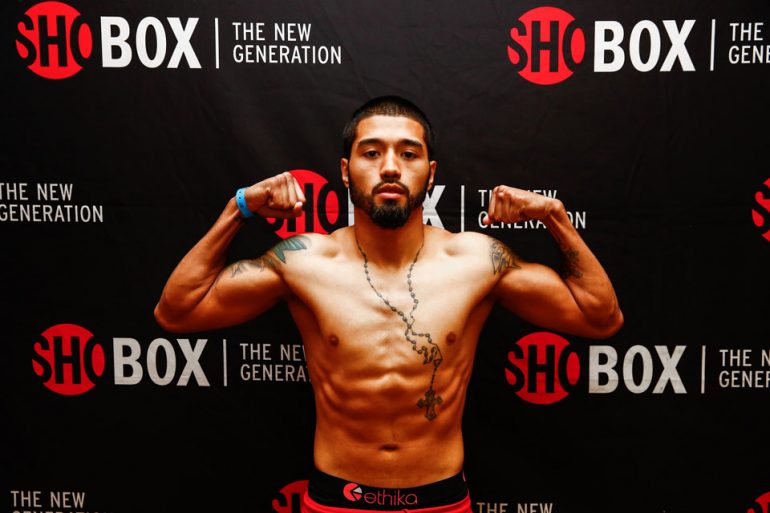 Luna (11-4-1, 6 knockouts) was the aggressor during the opening two rounds. Cruz, who resides in nearby Port Chester, elected to counter Luna, but he became more aggressive in the third and the results were decisive.

Cruz (18-2, 9 KOs) landed a brace of right hands to Luna’s head, dropping him to the canvas. Referee Steve Willis counted the stricken fighter out at 0:42.

The victory comes eight months to the day from when Cruz was stopped by unbeaten lightweight Ryan Martin at Madison Square Garden.

Luna, who is from the Dominican Republic, has now lost four of his last five bouts.

Micah (21-0, 18 KOs), who represented Ghana in the 2012 Olympic Games in London, was the more effective fighter during the first half of the fight, even wobbling Gonzalez with a left hook at the end of Round 1.

Gonzalez (23-5, 18 KOs), who resides in Guadalajara, Jalisco, Mexico, pressed the action in the second half. Both had their moments towards the end of the fight, particularly in the final minute of Round 10.

Gonzalez has now lost three of his last four bouts.

Welterweight contender Fredrick Lawson (26-1, 21 KOs) stopped Fidel Monterrosa Munoz of Mexico at the end of the third round.

Lawson, who is originally from Ghana and now resides in the Chicago area, dropped Munoz twice in the second round. After the end of the third round, Munoz (38-15-1, 30 KOs) remained on his stool, citing an injury to his right hand.

Lawson has won his last two bouts since losing by knockout to Kevin Bizier in November 2015.

The fight card was promoted by Evander Holyfield’s Real Deal Sports and Entertainment.