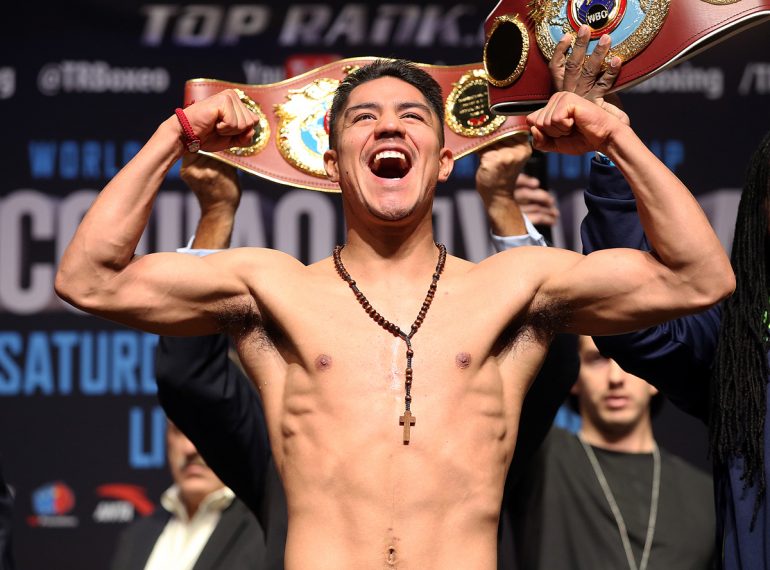 Jessie Vargas is ready to fight for the first time since his title fight against Manny Pacquiao.

Vargas was defeated by the future hall of famer last November, and now the Las Vegas resident is no longer promoted by Top Rank. He signed a deal with Al Haymon and will debut under the Premier Boxing Champions banner against Aaron Herrera on December 15 in Lancaster, California.

An intriguing welterweight matchup between Diego Chaves and Jamal James, as well as John Molina vs. Ivan Redkach round out the FS1-televised card.

“Every fighter is dangerous and if I give Herrera the chance, he’ll knock my head off,” said Vargas (27-2, 10 knockouts). “But I come into every fight with bad intentions and I’m in a position where I know exactly what it takes to get where I want to go. I have a lot of opportunities ahead of me, but first, I have to show the fans that I’m back and look exciting while doing that.

“Herrera is going to give me his best, but I feel that I have the speed, the experience and the game plan to overcome anything he brings to the table.”

Vargas, 28, won a vacant welterweight title when he knocked out Sadam Ali in March 2016. He also came mighty close to doing the same to Timothy Bradley the previous year in the final round.

Now, Vargas is aligned with Haymon and will have access to fights against the elite of the 147-pound division. But first, he needs to beat Herrera (33-7-1, 22 KOs) and look good doing it.

“I’m going against a really good fighter, but he doesn’t punch very hard,” said Herrera, who has fought four times this year, including a knockout loss to Brandon Rios in June. “I will go bombs away from the first round. He can’t hurt me. I’m confident I will win this fight.

“This is a great opportunity for me. I’ve got to start faster than I did against Brandon Rios and I can’t take anything for granted. The fans will get a great fight and definitely be winners on fight night.”