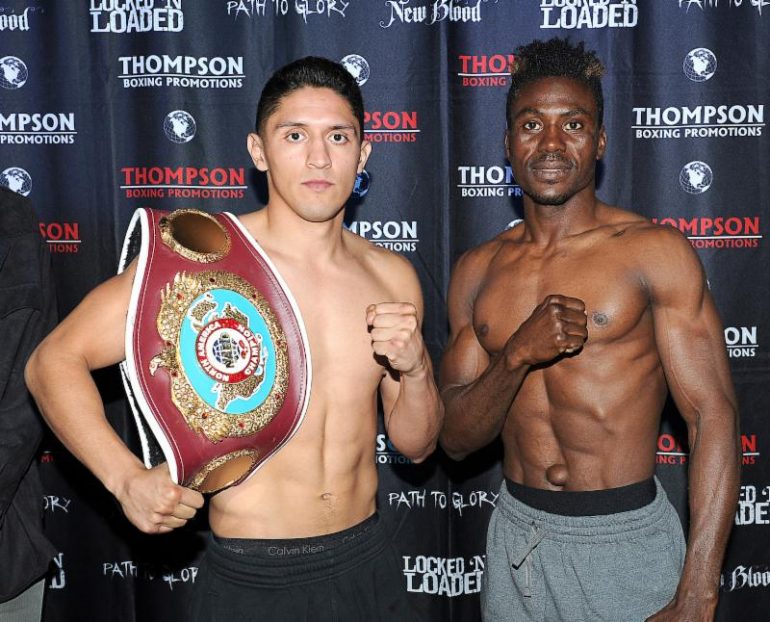 Unbeaten welterweight contender Giovanni Santillan scored a knockout victory Friday night, but he is unlikely to be fully satisfied.

Santillan stopped Dodzi Kemeh at the end of the fourth round at the Doubletree Hotel in Ontario, California.

The southpaw Santillan (23-0, 13 knockouts), who knocked out Sammy Valentin in his previous fight, easily outboxed Kemeh. He was the more technically gifted fighter and connected continually with barrages of punches to the head.

Kemeh, who was fighting for the first time outside his native Ghana, was staggered at the end of Round 2. He continued to fight back, however, and was giving a good account of himself in the fourth.

After that round concluded, a ringside physician was brought up to check what appeared to be a small cut over Kemeh’s left eye. After closely examining the eye, the physician recommended for referee Raul Caiz, Sr. to stop the bout.

Kemeh (19-2, 17 KOs) bounced off his stool in protest and the crowd booed the stoppage. The physician reportedly stated that he recommended the fight be stopped because of inflammation of the eye.

Santillan, who resides in the San Diego, is ranked No. 7 by the WBO.

In the co-feature, featherweight prospect Erick Ituarte (19-1-1, 3 KOs), who resides in nearby Garden Grove, knocked out late-substitute Gustavo Molina (25-17, 9 KOs) at 2:52 of the opening round.

Both fighters had their moments, which made for good ebb and flow, as they took turns to score with combinations.