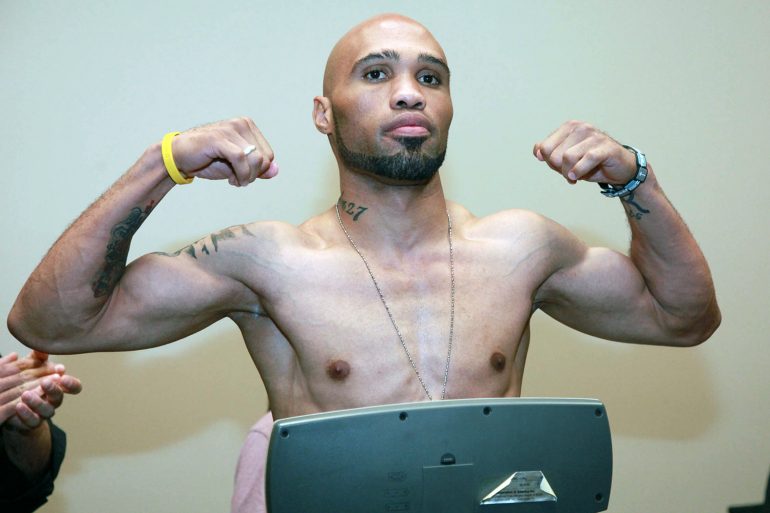 You’ll be hard pressed to find a boxer who has dealt with as much adversity outside of the ring as Ishe Smith. Somehow, despite all of the turbulence in his life, Smith continues to press on.

Seventeen years in the sport as a professional has seen Smith do everything from become the first fighter born in Nevada to win a world title to being featured on the first season of the reality series The Contender. He’s won some, he’s lost some, but nobody could ever call him an easy out.

The game of life also cannot call Smith an easy out. He’s overcome a lot outside of the ring to be where he is today including intense depression and suicidal thoughts just a few years ago. But 2017 proved to be one of the most trying as his ex-wife and mother of his three children was murdered in Las Vegas back in March. He also lost a good friend in Las Vegas police officer Charleston Hadfield, who was one of the many victims of the October 1st shooting at the Route 91 Harvest Festival.

On Saturday, Smith will step into the ring for the first time since both of these losses against Julian Williams at The Cosmopolitan in Vegas. Williams will be yet another fighter who looks to add the name of the grizzled veteran to his resume. But Smith has dealt with far worse than whatever Williams will bring with him to the ring on Saturday.

Simply put, as he approaches the age of 40, Ishe Smith is still here and will be damned if he’ll be put out to the pasture by another fighter.

“I specifically asked for this fight,” Smith told RingTV.com. “I didn’t know what he had planned but I knew he had fought and it was the fight I wanted. I feel like this is a fight I can win. He’s a good fighter and I’ve always been about fighting the best – win, lose or draw.” 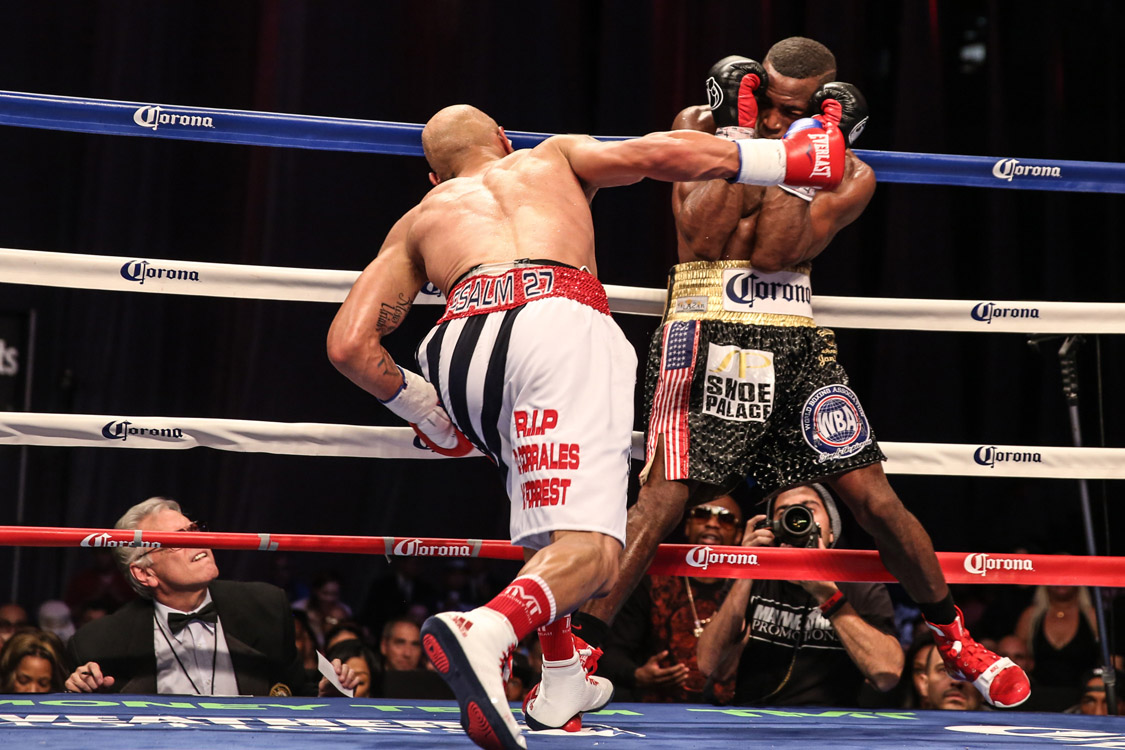 Smith takes it to Lara during their 2016 fight. Photo / Stephanie Trapp-Showtime

A quick look at Smith’s resume and you’ll see the likes of Erislandy Lara, Vanes Martirosyan, Daniel Jacobs, Randall Bailey, Sechew Powell and Cornelius Bundrage, among others. Seventeen years in the game and he’s still able to compete at a high level. He’s turned back upstarts Frank Galarza and Tommy Rainone in his last two fights and looks to send Williams packing.

But Williams is a dangerous fighter with a 23-1-1 record who appeared to be primed to breakout until he was knocked out by Jermall Charlo last December. Williams is looking to get back on the road to a title fight in the junior middleweight division and Smith would be the perfect opponent to get him on the right path. Smith admits that he may not be what he once was, but that doesn’t mean that he’s going to be the same ol’ Ishe Smith when he steps between the ropes on Saturday.

Despite his advanced age and nearly two decades as a pro, Smith isn’t quite ready to call it quits, regardless of what happens on Saturday because nothing could be more traumatic than what he’s dealt with this year. As he closes in on the age of 40, his motivation to keep fighting has changed.

“The motivation was always proving people wrong,” Smith says. “Now that I’ve dealt with the darker stages of my life with suicide and having to deal with the murder of my children’s mother (the motivation has changed). Growing up without a dad has motivated me to be the father and an example to my children. I probably would have retired if I didn’t have something to fight for. My children are my motivation.”

As we have normally seen in the careers of fighters with children, eventually the children grow tired of the training camps and the wear and tear of the fight game. But Smith says that his kids are still okay with him pursuing another world title before he departs.

“I’ve always told them that if I can’t compete at a high level, I’m done,” he says. “They haven’t seen what boxing has done to people. I see the slurring of the speech. I just want to have an intellectual conversation when I’m old and done. I want to be able to enjoy those things.”

For right now, Smith will continue to press on in hopes of securing another world title before it is all said and done. But “Sugar Shay” does see the light at the end of the tunnel and has a pretty solid idea of when he’ll hang them up for good. 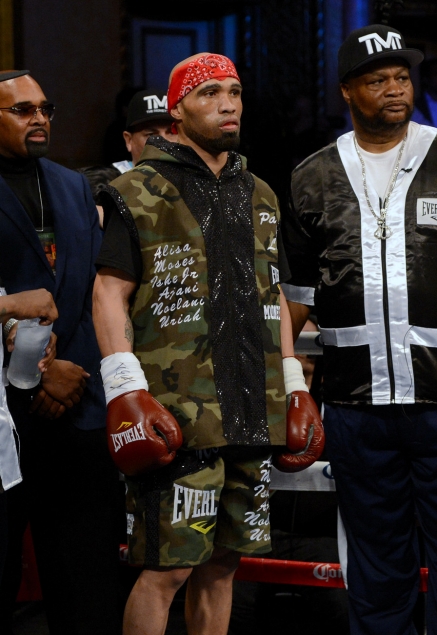 “I’m 39. I feel good and feel like I can do it five more years but I don’t want to do it for five more years,” Smith reveals. “I won’t. My body tells me that I can but this sport won’t get more than two or three years from me. I don’t ever want to be in a fight and people wonder what happened.”

Williams is just another opponent standing in the way of Smith and his children’s future. As a father of three with responsibilities, boxing hasn’t quite provided him the luxury of riches that some other fighters may have experienced. This is his job and he is simply happy to be able to compete while putting food on the table.

“I wasn’t the fastest or the strongest from that amazing class of Olympians from 1996 (Floyd Mayweather, Antonio Tarver, Zab Judah, David Diaz, Fernando Vargas) but I was always the most determined. I would like to think that I outlasted a lot of those guys and that’s what I hold on to today. I have a lot to fight for and more responsibilities after the murder of my children’s mother. But it’s been one hell of a ride.”