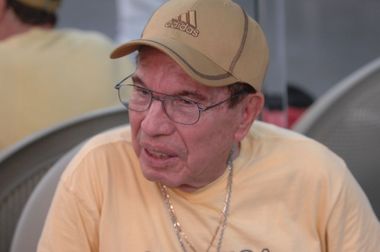 Floyd Mayweather received a text message from Leonard Ellerbe on Sunday evening, and less than two hours later, he was out the door.

The all-time great fighter received some grim news: His longtime cutman and hand-wrapper, Rafael Garcia, was diagnosed with leukemia and given six months to live.

So Mayweather headed over to Garcia’s Las Vegas home Sunday evening, and spent a couple hours with the man he credited countless times with protecting his fists.

“A lot of times when we see people who are older, they become sick they and don’t want you to know. I honestly feel in my heart that he was waiting to see Floyd,” Ellerbe told RingTV.com. “He was always full of joy and full of life and always happy.

“He loved life, and he lived life to the fullest. He loved working with Floyd, he took great pride in taking care of Floyd’s hands. 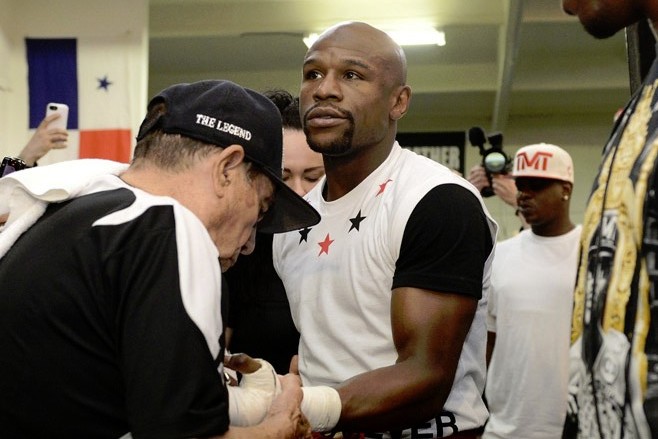 “Floyd was very close to him — Floyd referred to him as his grandfather and Floyd loved him like that and took care of him like that. Floyd completely changed his life from a financial standpoint and lifted him and his family. He was able to make good investments and able to make trips with his family.”

Ellerbe received word that Garcia was ill from Jessie Vargas, who called him Sunday night. Garcia was Vargas’ godfather, and the Mexico native was close to many young fighters.

Garcia worked in the sport for seven decades, and was a corner member for the likes of Roberto Duran, Alexis Arguello and Wilfredo Gomez, among others.

Those were all important jobs, but Garcia’s greatest task was preserving Mayweather’s brittle hands. Those fists made Mayweather hundreds of millions dollars, but they also betrayed him several times. But with Garcia by his side, Floyd always felt comfortable that his million-dollar weapons were safe. 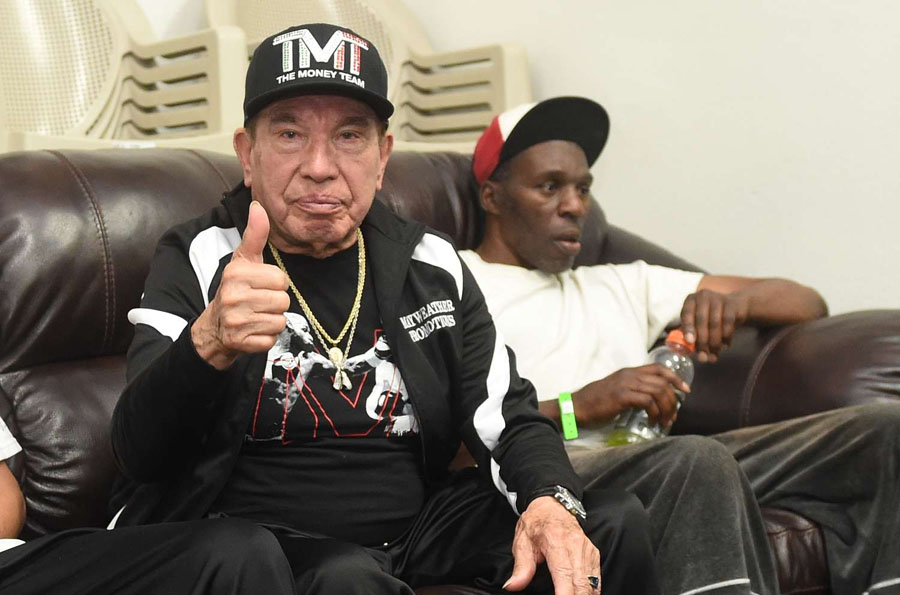 Any time Mayweather plied his craft, there Garcia was, smiling in his trademark hat covered in novelty pins.

“He didn’t want noone to get anywhere near (Floyd’s) hands,” Ellerbe said. “He was a legend in the sport and he will definitely be missed by everyone and everyone he came in contact with, he made them have a lasting memory of him.

“He would always be dancing and laughing. He just loved life. It really tears up my heart that he passed away.”

Garcia was inducted into the Nevada Boxing Hall of Fame in August after seven decades in the sport. But he’ll always be best known for preserving the hands of a legend.