One to watch: Alberto Melian 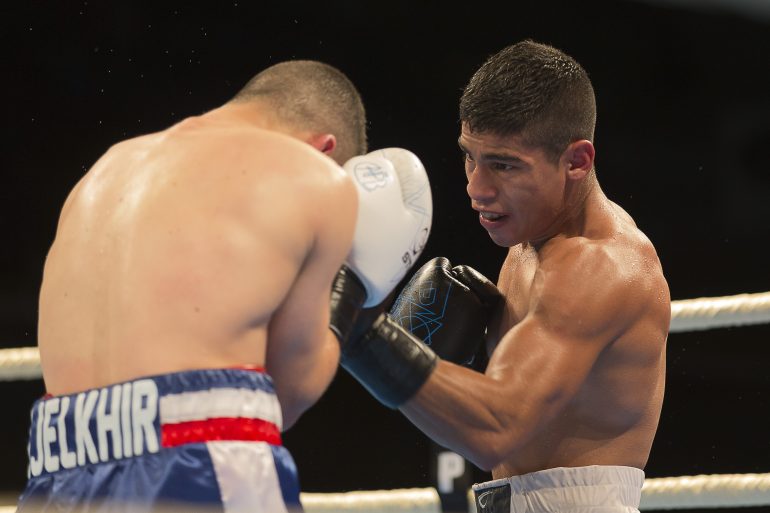 There are people you talk to and take what they say with two grains of salt. There are others, within this boxing sphere, when they tell you they have a good fighter in their stable, who will become real good, a future champ, you leave the salt shaker to the side.

Sampson Lewkowicz is one dude you listen to and, if he gives you a name, someone he’s choosing to work with, you file it away, in a prominent spot. Salt free…

The Uruguay native Sampson, after all, told me, four years ago, that this teenager he signed, David Benavidez, was on track to become a champion, sooner rather than later. I listened, filed away the name and put Benavidez on my watch list.

Bang…Today, the 20-year-old Benavidez, a fan-friendly rumbler, holds the WBC 168-pound crown. It was vacant and the Arizona boxer tangled with Ronald Gavril on September 8 for the right to wear it. Benavidez won a split decision, although I thought he deserved a unanimous decision. So, Lewkowicz told me, Benavidez and Gavril will do a rematch, in February, to try and find a clearer victor. “The rematch will be there to not have any doubt who is the champion,” said Sampson, who was the man who first knew, in this neck of the woods, how good Manny Pacquiao could become. “Everybody knows that Benavidez won the fight, except the corner of Gavril but he deserves a rematch. Next? After that, a Top 10 contender.”

Back to new faces, Sampson fighters on the come-up, I asked him to pick one standout. Get this: he told me about Argentina’s Alberto Melian, age 27, who fought in the most recent Olympics. He’ll debut as a pro on December 16, in Argentina, on a card promoted by Lewkowicz, who also helmed former middleweight champion Sergio Martinez. No, he’s not going against a 3-4 guy or something. Melian will fight former bantamweight title challenger Diego Ricardo Santillan, age 30 (23-2, 15 knockouts). Yes, Santillan has lost his last two, both via stoppage but, nevertheless, it tells you what Lewkowicz thinks of Melian, to a degree, that he believes he’s on the Vasyl Lomachenko track to professional success. “He is a superstar, 100 percent,” Lewkowicz stated.

The near-term plan is maybe three or four fights in Argentina for Melian, then an invasion of America.