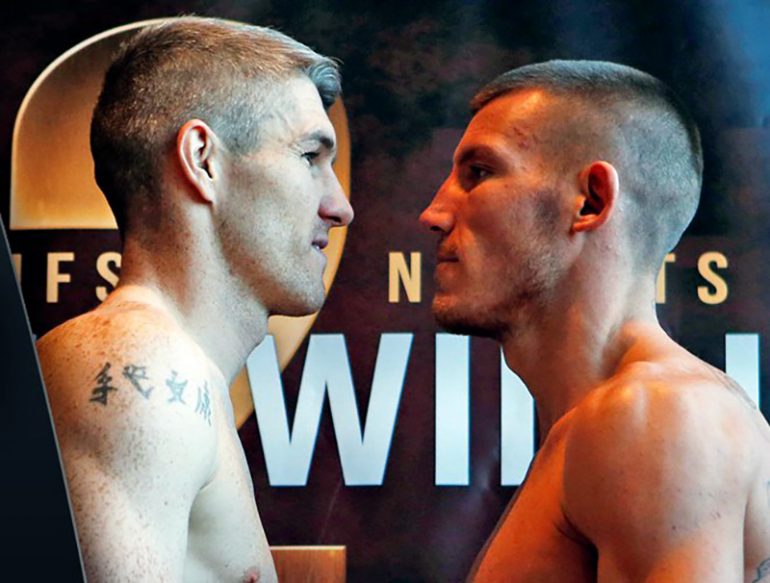 The two had met in April in a bloodbath that was curtailed after the ninth round when Williams suffered a fight-ending cut. Seven months later the fight never quite lived up to the intensity of their first go-around but was all the same a well contested through out.

Smith edged ahead in the middle rounds before Williams closed the gap on the scorecards with strong ninth and 10th rounds. However, the more experienced Liverpudlian won the championship rounds and was awarded a majority decision, 114-114, 117-111 and 116-112.

In the build up there was mutual animosity but afterwards both shared a hug and exchanged pleasantries.

Smith, who is rated No. 6 by THE RING at 154 pounds, was pleased to settle any debate that remained from their hotly contested first meeting.

“I thought it was a very good fight, it was nip and tuck,” Smith told BoxNation afterwards. “I showed a different Liam Smith. Liam (Williams) said in the build up I can’t change many things. I think everyone would be surprised how I boxed Liam Williams. I out-boxed a very good boxer.

“I always had respect for him. I didn’t like the way the last fight panned out, I got all the blame.

“I said since I lost the title that [getting the title back] was my next aim. From my point of view, Liam Williams was just next in line for me to go and become world champion again. I didn’t want to look past Liam but once I beat Liam, I was always confident [promoter] Frank [Warren] would produce the goods.”

Williams who played his part in a close fight paid his respect to the victor.

“It was a very good fight,” said Williams. “Liam Smith brought something very different from what he brought in the first fight. He turned up and had a lot more respect for me this time.

“I thought I fought a good fight but he just upped his game as well and took it to the next level and made it a very good fight. I believe the right man just about won, it would have gone either way but no complaints.

“I’m just going to go away, have a couple of months off. My hands have gone, whether they’re broke or not I dunno, they’re certainly very badly bruised. Just gonna enjoy some time off over Christmas and see what offers come my way.”

“Whatever happens Liam’s next fight will be for a world title next year, 100 percent,” said the Hall of Fame promoter. “It was a good fight tonight, they were a credit to the sport, it was a very absorbing fight.

“The last two rounds I thought Liam [Smith] won and that took doubt out of anyone’s mind who the winner was but he done a great job, very professional, as did the other Liam. Who knows? If he wins a world title they might make another one.”

Smith is now the official challenger for the WBO 154-pound title currently held by Miguel Cotto, who says he’s retiring after his fight with Sadam Ali on December.

Williams will likely drop back to domestic level and look to rebuild whilst defending his British junior middleweight belt.