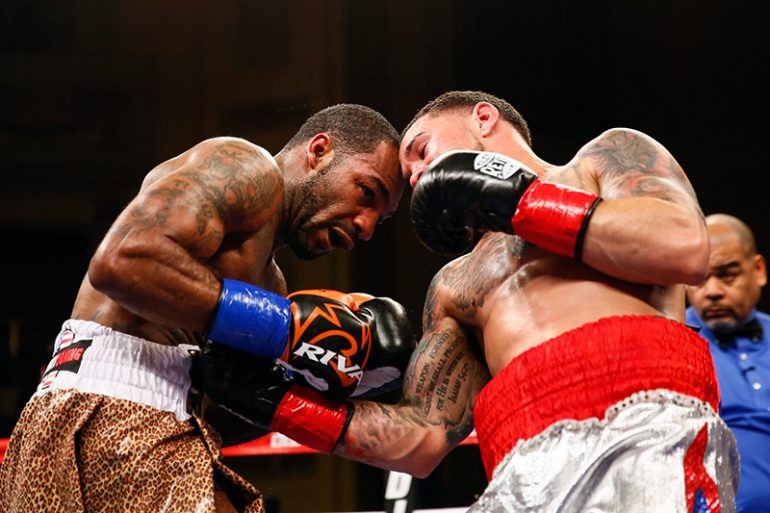 Yuandale Evans’ career looked all but over when he was stopped by Javier Fortuna in April of 2012.

Fast forward to Friday night and Evans scored an impressive victory that could lead to bigger paydays in a loaded featherweight division.

Evans (20-1, 14 knockouts) won a hard-fought 10-round split decision over previously-unbeaten Luis Rosa at the Masonic Temple & Performing Arts Center in his hometown of Cleveland, Ohio. It was the main event of a “ShoBox: The New Generation” on Showtime. 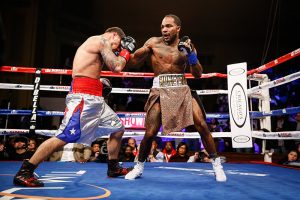 Evans, a southpaw who resides in the Cleveland area, looked as though he was down on the scorecards early in the fight. Rosa beat Evans to the punch after effectively closing the gap between the two, connecting with repeated right hands to the head.

By the midway point of the fight, Evans swung momentum his way, utilized a jab that kept Rosa at a distance. Evans consistently landed left hands to the head behind stiff jabs.

The best round of the fight was in the eighth, when both fighters were stunned at least once. The featherweights went toe-to-toe, bringing the partisan crowd to their feet.

During the final two rounds of the fight, both fighters’ punch output dropped but both had their moments during the exchanges until the final bell sounded.

ShoStats detailed the competitiveness of the fight. Evans connected on 187 out of 452 total punches, while Rosa threw 515 punches, connecting on 180 of them.

Butaev, who is originally from Russia and now resides in the Los Angeles area, swept the first half of the fight as he initiated exchanges and landed the more telling blows.

Gonzalez (19-1-1, 15 KOs) had his moments in the second half of the fight, but was not busy enough to offset Butaev’s offense. 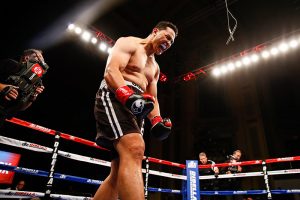 In a clash of unbeaten heavyweights, Junior Fa (13-0, 8 KOs) of New Zealand obliterated Fred Latham, stopping him in the opening round.

A left hook to the head stunned Latham (9-1-2 1 NC, 5 KOs) against the ropes. Fa threw and landed a barrage of punches, hurting Latham in a corner, prompting referee Clifford Pinkney to step in and stop the bout at 1:07.

In the opening bout of the ShoBox, 2016 U.S. Olympian Charles Conwell won a one-sided decision over Roque Zapata (4-2-3).