Mike Reed: I’ll take out Jose Ramirez, and his fans will become my fans 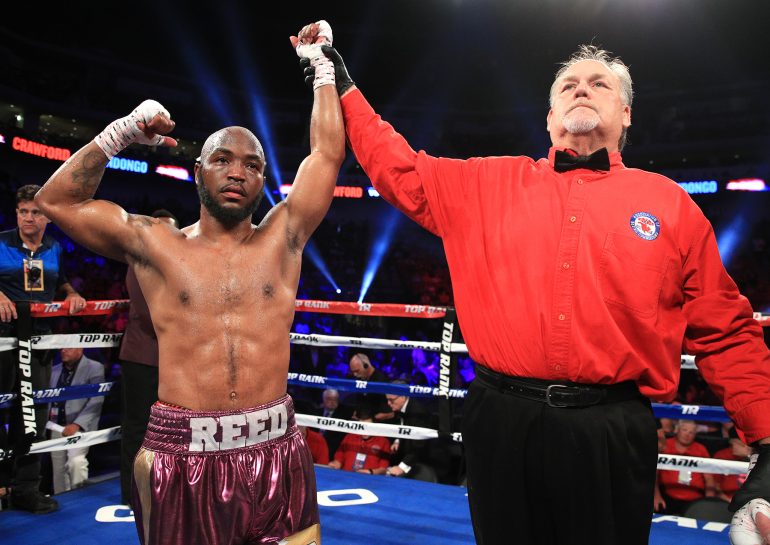 Mike Reed and Jose Ramirez are both promoted by Top Rank, but they’ve travelled very different roads to the biggest opportunity of their careers.

Ramirez routinely plays to sold-out crowds of 13,000-plus in his hometown of Fresno, California, and he’s expected to do so again Saturday (10:30 p.m., ESPN) when he meets Reed in a fight that will catapult the victor to a junior welterweight title fight against Amir Imam in 2018.

Reed (23-0, 12 knockouts) doesn’t have a following in Washington D.C., where he hails from, and he also wasn’t an Olympian like his opponent. Ramirez is the one that’s been carefully built up by Top Rank. After all, he’s another fighter, like Terence Crawford, whom Bob Arum and Co. can count on to fill arenas for years to come.

But he needs to get past Reed and then Imam. And Reed hopes to reverse fortunes with Ramirez, all he needs is a victory in the biggest fight to date for both men.

“He has everything I don’t have,” said Reed, 24. “He fights in his hometown; I don’t. He fights on Top Rank pay-per-views; I don’t. We are both Top Rank fighters. I know Ramirez has a great left hook but I have a method to avoid all of that.

“I know he will press towards me and that’s to my advantage. I will counter him – by the eighth round he will get tired. I will take take him out — and his fans will become my fans.”

Ramirez (20-0, 15 KOs) might be the house fighter Saturday and the one Top Rank is pulling for, but Reed isn’t a sizable underdog. Both 140-pounders are unbeaten and have faced limited opposition to this point. There’s no reason to think Reed should be a walk in the park, even if he must deal with the hostile environment awaiting him.

He’s been calling for a match with Ramirez for over two years, and on Saturday, it’s his, on the biggest platform possible: in front of a packed house with hundreds of thousands more watching on ESPN.

“I don’t just want a victory over Ramirez, I want his spot in the world title fight against Imam,” he said. “I knew Jose Ramirez when we were amateur fighters boxing in the big tournaments. He always fought a weight division below me but I always kept an eye on him.

” … I know he has Freddie Roach — good for him. But this fight will be decided inside the ring — just Jose and me — and no one else. Just the two of us.”