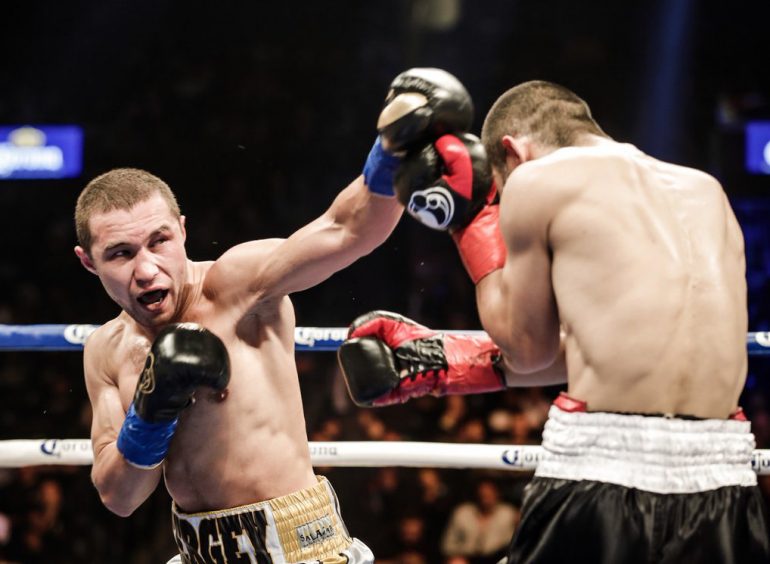 NEW YORK — One of the titles Terence Crawford vacated now has a new waist.

Two judges scored the fight 117-111 while the third had it 118-110, all to the Kazakh fighter who remains unbeaten. The crowd booed the decision loudly when it was announced.

“I think the scorecards were accurate but it was a good fight,” said Lipinets, who is rated No. 8 by THE RING at 140 pounds. “The head butt really impaired my vision and it led to me walking into some stupid shots.

“I’m happy with my performance. I’m just going to keep getting better from here. I’m ready to take any on challenge thrown my way.” 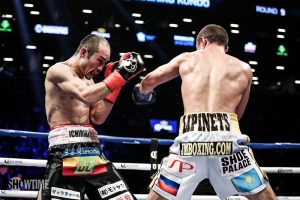 After a give-and-take first few rounds, the fight began to turn in the sixth when an accidental headbutt on Lipinets (13-0, 10 knockouts) opened up a severe laceration on his forehead. The cut, high on the head and near the hairline, turned his face into a bloody mask which distracted Lipinets and left him more open to Kondo’s right hands, and made for a rough night down the stretch against a determined Japanese foe.

Lipinets had little left in the tank in the final two rounds as Kondo plowed forward and threw right hands, including one near the final bell which stunned the unbeaten Kazakh.

Earlier in the fight it was Kondo who had to deal with bleeding as Lipinets’ sharp counters busted up his nose in the third round. The 28-year-old Lipinets, who is trained by Buddy McGirt, had the edge early on, landing sharp potshots with his right hand and body shots as the 32-year-old brawler Kondo plowed forward.

Kondo (29-7-1, 16 KOs) would not easily be deterred, rocking back the stylish Lipinets with a right hand inside his guard midway through the fifth, and landing another hand right near the end of the round. But it wasn’t enough for Kondo to travel home with the title. 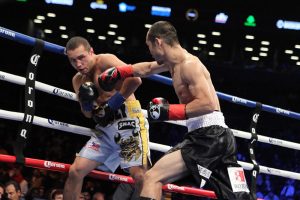 “It was a fair decision,” Kondo admitted. “He hit me with a lot of hard punches and I felt like I needed at least a knockdown in the last round.

“I made up my mind that I wasn’t going to show any pain or fear from his punches. I was determined to keep fighting all night. I’m going to go back and get stronger and stronger to get back in the ring. I’m thankful for this opportunity and I congratulate Sergey on a great performance. This was a once in a lifetime experience.”

Lipinets, now a titleholder at 140 after a successful kickboxing career, possesses the style fans love, and should be in the mix for some far bigger fights heading into 2018.