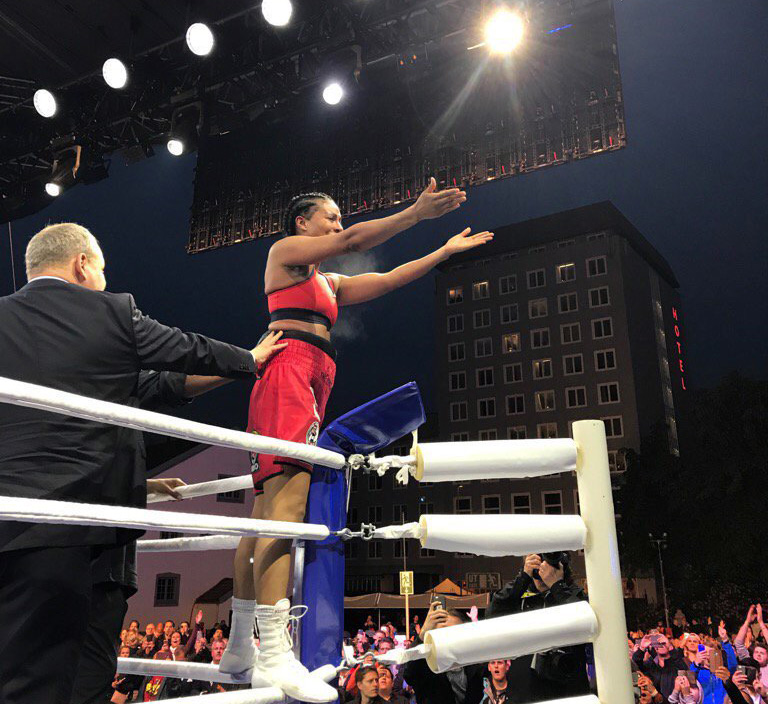 Another fight, another win for Cecilia Braekhus.

The unbeaten welterweight battered and bruised Mikaela Lauren before ending matters in the sixth round Saturday night at the Oslofjord Convention Center in Stokke, Norway.

With the win, Braekhus (32-0, 9 knockouts) retained her undisputed welterweight championship.

The fight was a rematch from their clash almost seven years ago, when Braekhus stopped Lauren in seven.

The 41-year-old Lauren (29-5, 13 KOs), who resides in neighboring Sweden, came to fight, but she was no match for the stronger and more-polished Braekhus. With each passing round, Lauren’s face reddened from the punishment.

Braekhus ended matters with a right cross, followed by a sweeping left hook to the head that dropped Lauren to the canvas.

Lauren beat the count and attempted to fight back, prompting referee Sparkle Lee to stop the fight at 1:39.

The 36-year-old Braekhus, who resides in Bergen, Norway, was coming off a 10-round unanimous decision over Erica Farias of Argentina on June 9. Lauren is 2-2 in her last four bouts.

Not only did Braekhus fight, but she also promoted the five-bout female card.

A possible fight for Braekhus in early 2018 would be against welterweight contender Layla McCarter (39-13-5, 10 KOs), who recently signed a promotional deal with Mayweather Promotions. McCarter has won her last 16 fights.