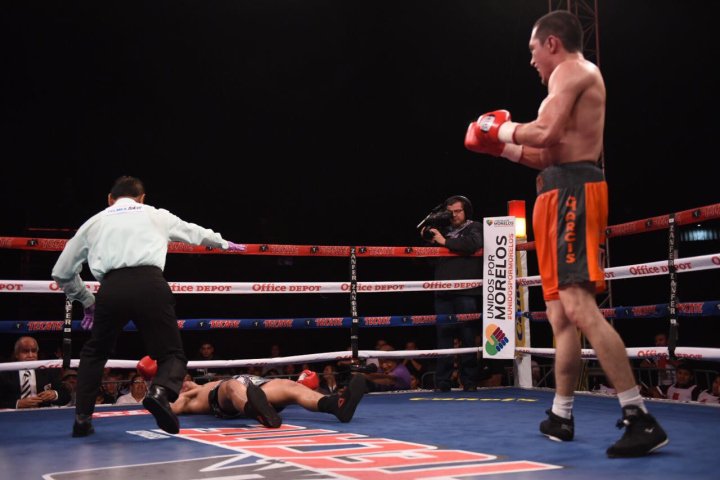 Campa lost for the first time in 28 fights.
22
Oct
by Francisco Salazar

Junior welterweight Pedro Campa was on the cusp of entering the top 10 and a victory Saturday night would likely have gotten him there.

Those aspirations will have to wait, however, as Campa suffered a surprising seventh-round stoppage loss to journeyman Carlos Jimenez at the Estadio Centenario in Cuernavaca, Morelos, Mexico. The bout was scheduled for 10 rounds.

Campa (27-1, 19 knockouts) had defeated modest opposition, including former world title challengers Jose Alfaro and Aaron Herrera, over the last several months. Jimenez (12-8-1, 7 KOs) was considered a stay-busy opponent before his team made a real push in 2018.

Campa was at his best when Jimenez had his back against the ropes. He ripped punches to the body and landed the occasional left hook to the head. However, for the most part, he stood in the pocket with Jimenez, trading combinations, and that favored the underdog.

Jimenez began landing overhand right hands in the fifth round. Sensing Campa was breaking down from the accumulative effect, Jimenez continued to initiate the exchanges as opposed to waiting for counter opportunities.

Towards the end of the seventh, a counter left hook to the head dropped Campa flat on his back, prompting referee Laurentino Ramirez to stop the fight at 2:57.

Campa was ranked No. 12 by the WBO coming in.

Both fighters had their moments, but Rivas landed the more telling blows, scoring repeatedly with right hands to the head.