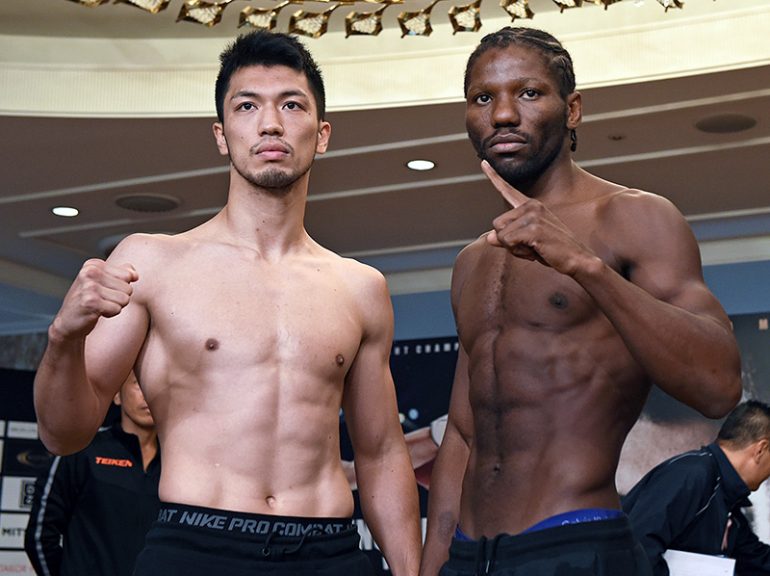 Hassan N’Dam (right) weighed in at 158.75 pounds for his WBA middleweight title rematch against Ryota Murata (left), who weighed in at the division limit of 160. Photo / Naoki Fukuda
21
Oct
by Ring TV

Hassan N’Dam weighed in at 158.75 pounds for his WBA middleweight title rematch against Ryota Murata, who weighed in at the division limit of 160, on Saturday in Tokyo, where the anticipated return bout will take place at the Kokugikan arena.

The rematch of their controversial first bout, which was won by N’Dam in May, takes place Sunday, October 22, at 7:15 a.m. ET. The scheduled 12-round title bout will be televised on ESPN2 and ESPN Deportes in the U.S., with a same-day replay to air on ESPN2 at 6:30 p.m. ET. (All photos are by Naoki Fukuda.)

N’Dam (36-2, 21 knockouts) is a 33-year-old veteran middleweight contender and former WBO titleholder from France by way of Cameroon. His only losses are decisions to Peter Quillin and David Lemieux in title bouts. Murata (21-1, 9 KOs) is a 31-year-old Olympic gold medalist (2102 London Games) from Nara, Japan. Most observers believe the Tokyo resident deserved to win the first bout with N’Dam.

Hall of Fame promoter Bob Arum, who co-promotes Murata with Teiken Promotions, is in Tokyo (with Top Rank matchmaker Brad Goodman) for the WBA-mandated rematch. 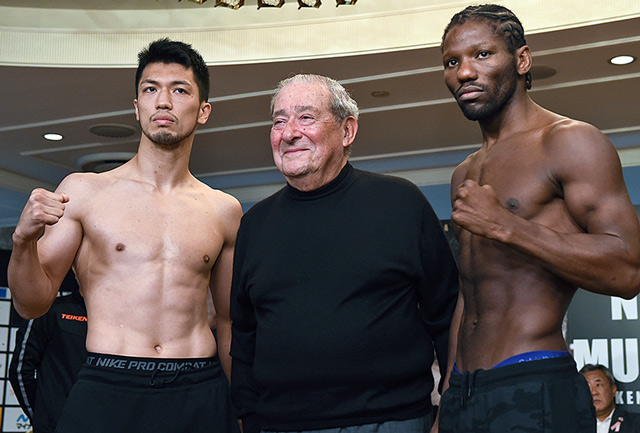 Also on the card is 22-year-old WBC flyweight titleholder Daigo Higa, who won the world title in his 13th prob out. The fearsome puncher, who has won all 13 of his bouts by knockout, is managed by hall of fame-enshrined former 108-pound champ Yoko Gushiken. Higa makes his first defense against European flyweight champ Thomas Masson (17-3-1, 5 KOs) of France. 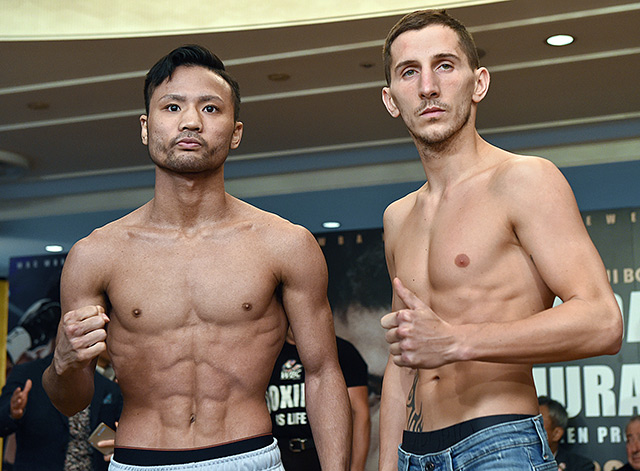 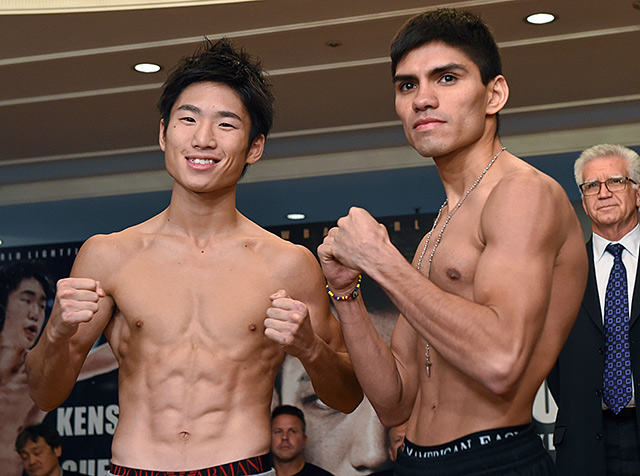