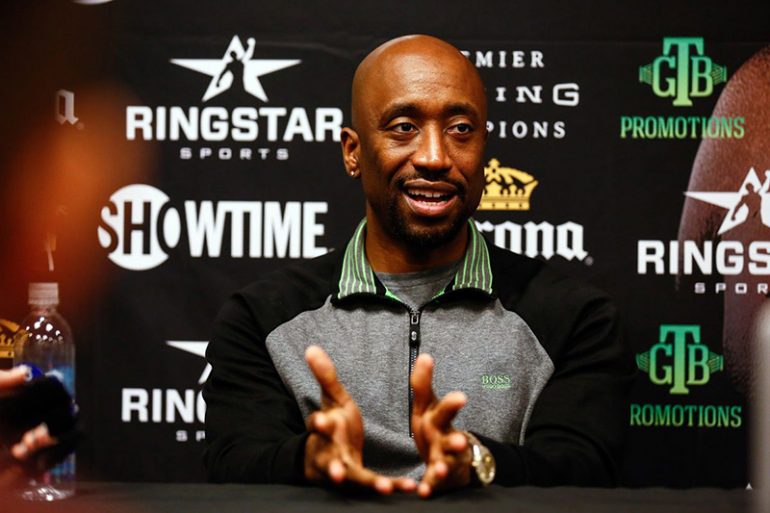 Trainer Stephen “Breadman” Edwards came on the EVERLAST podcast TALKBOX last week and spoke from the heart and gut and spit fiery truth.

His main topic of passion was PED usage, and how they should have no place in this most dangerous game, which, in fact, is no game. Golf = game. Boxing = highest of stakes competition which can result in fatality.

I was surprised by the relative lack of response to the pod and the stories I churned out to call attention to the Edwards hit. Maybe I shouldn’t have been. I spoke to Edwards, a Philly based tutor who is in camp with Julian “J-Roc” Williams readying him for a Nov. 18 clash with Ishe Smith, a couple days later.

No, he told me, he wasn’t surprised that more boxers and power players didn’t rally around this cause, help push the narrative, disseminate the pod and the stories, which call for more stringent testing at the highest tier of the sport.

It feels like there is cynicism afoot, a capitulation in play. There is an assumption, I think, on the part of participants, fans and powers that be that many, many athletes are juicing. It’s the age we are in, people feel like.

I don’t think we should give in this deterioration of values. I’m with Edwards.

In case you didn’t hear the pod, here’s an except:

“You know how many people have told me to give Julian PEDs? I had at least five people tell me to juice him up,” Edwards told us. “Swear on my kids. Just juice him up, everybody’s doing it! You guys might as well just juice the f__k up and win a title. He’s already talented as it is, if he juice he’ll be a beast! That’s what’s going on now! I had someone tell me, ‘man you crazy for not juicing, if they’re not blood testing obviously you know what’s going on, just juice like everybody else! That’s what’s going on now!”

So, I ask you humbly, please consider if you are one of those who has capitulated and is in acceptance mode regarding PEDs. We can do better, we should do better. Just because in the highest levels of leadership nooks people are fast and loose with the truth and leave their moral compass, if they have one, buried in their desk drawer, we don’t have to be that way.