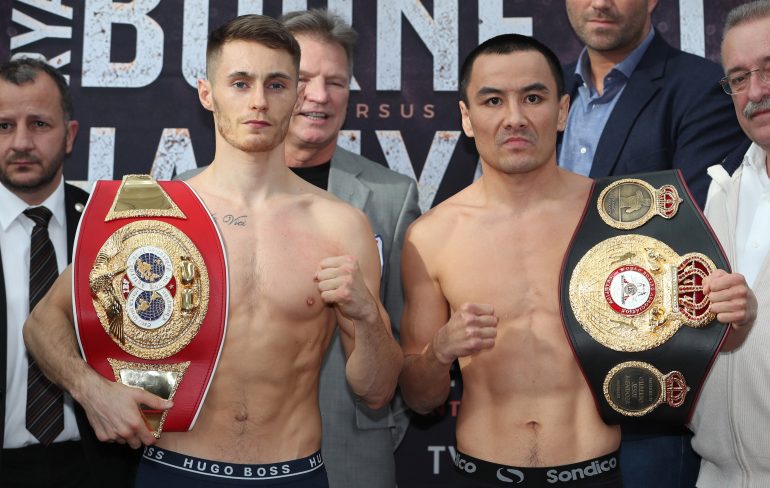 We have a fight for the IBF and WBA bantamweight titles at the SSE Arena in Belfast, Northern Ireland, on Saturday.

Zhanat Zhakiyanov, who is rated No. 3 by THE RING at 118 pounds, looked to be in excellent fighting shape. The WBA titleholder, who dethroned Rau’shee Warren by split decision in February, weighed in officially at 117.25 pounds.

Local hero, Ryan Burnett, who is rated No. 5 by THE RING, followed and he also looked terrific at 117.4 pounds. Burnett captured the IBF title with a one-sided 12-round unanimous decision over Lee Haskins in June. He received a rapturous reception from his home support.

This will be the first unification fight held in Northern Ireland. There were no histrionics during the traditional stare down and both men are just eager for battle.