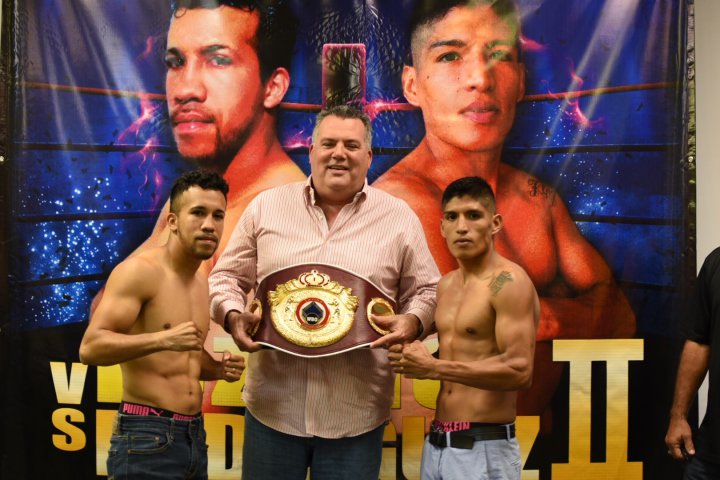 Earlier this year, Daniel Lozano was out of boxing and caring for his mother, who is battling cancer.

Two victories later, Lozano is now on the cusp of becoming a legit contender at 118 pounds.

The home fighter won a 10-round unanimous decision over former world title challenger Ricardo Rodriguez Friday night at the A La Carte Pavilion in Tampa, Florida.

Lozano (15-4, 11 knockouts) exacted revenge with the victory, as Rodriguez won a 10-round majority decision when they squared off two years ago.

After a slow start, both fighters let their hands go in the third round. Lozano was at his best when he kept Rodriguez at bay and when he initiated exchanges.

Lozano stunned Rodriguez at the end of the fourth, but Rodriguez mounted a rally during the middle rounds. Both found success, but Lozano was able to outbox Rodriguez over the last three rounds.

“Ricardo (Rodriguez) likes to stay busy, but I wanted to keep him at bay,” said Lozano after the fight. “I kept him at bay. He didn’t come in and attack the way he did in the first fight. I think that was the difference in the fight.

“I’m dead-set on my goal of winning a world title belt for my Mom. That’s my destiny.”

Lozano took a fight against David Carmona on one days’ notice on July 29, having not fought in over a year and half. He stopped Carmona in the second round.

Rodriguez (16-5, 5 KOs) was attempting to rebound from his third-round knockout loss to Naoya Inoue on May 21. He has lost his last two bouts after winning his previous four.

Lopez (7-0, 6 KOs), who represented Honduras in the 2016 Olympic Games, and is promoted by Top Rank, dropped Ross (3-6-4) once in the opening round and three times in the second. The fight was mercifully stopped at 1:57.

In junior featherweight action, Antonio Vargas (4-0, 3 KOs) dropped Miguel Angel Rebullosa (4-5, 2 KOs) once in the first and once in the second round to win by technical knockout. Vargas is also promoted by Top Rank.