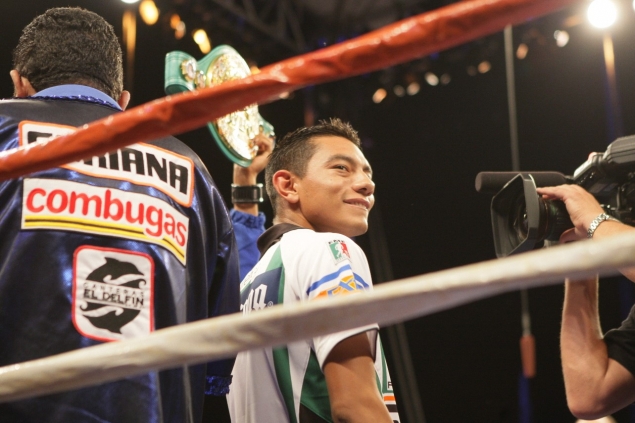 Cristian Mijares’ best days as a prizefighter may be behind him, but he is still desperate to fight for a world title belt one more time.

The southpaw Mijares (58-8-2, 26 knockouts) did his best to keep Arevalo on the outside. However, around the midway point, Arevalo attempted to close the distance and score with right hands to the head. He had success but only in spots.

Sensing he was down on the scorecards, Arevalo (25-2, 15 KOs) went for broke during the final two session, but Mijares was composed and more effective on the inside.

The 36-year-old Mijares, who resides in Gomez Palacio, Durango, Mexico, has now won his last nine bouts and is currently ranked No. 5 by the WBC.

Junior featherweight Francisco Horta (16-3-1, 10 KOs) returned to his birthplace for the first time since turning pro, stopping Edgar Lozano (9-8-2, 5 KOs) in the eighth round.

Horta easily won the first four rounds, but Lozano rallied from the fifth to make the fight close.

With about 40 seconds left in the eighth and final round, Horta landed a series of body punches that hurt Lozano. During the ensuing clinch, both fighters lost their balance and fell to the canvas, but Lozano remained down. As he struggled to get up, referee Samuel Canu counted him out at 2:45.