Chris Eubank Jr. scores knockout of Avni Yildirim in Round 3 to advance in WBSS 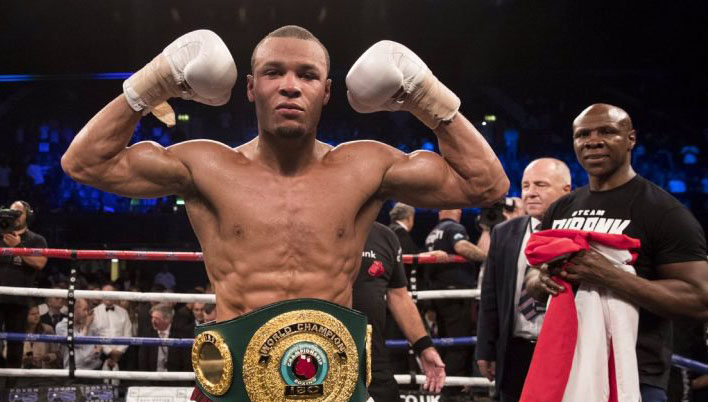 Chris Eubank Jr., one of the favorites to win the World Boxing Super Series, did nothing to change minds with his performance Saturday.

The son of the the British legend made easy work of Avni Yildirim and finished him in Round 3 with about 20 unanswered blows before a vicious right cross, left hook combo spun the Turk to the canvas. Referee Leszek Jankowiak didn’t bother counting and wisely waved it off at 1:58.

It was another impressive performance for the 28-year-old super middleweight, who outpointed former titleholder Arthur Abraham in July to gain entrance to the 168-pound tourney. Now, Eubank will wait to face the winner of next Saturday’s contest between favorite George Groves and Jamie Cox.

Eubank, THE RING’s No. 7-rated super middleweight, expressed his preference for Groves to give the British fans a fight that’s been highly anticipated for some time.

And if it happens, it figures to be a barnburner, but after the way Eubank looked Saturday, you’d have to make him the favorite to top Groves.

Eubank (26-1, 20 knockouts) punched with authority. He punched with volume. He was fast, athletic and explosive. Yildirim never had a chance.

Eubank landed at will and Yildirim, 26, a hard-pressing power-puncher, gave him a willing target.

Now, Yildirim exits the tourney after a disappointing showing, and with a loss now on his ledger. Eubank, though, moves on and waits for Groves-Cox to play out.