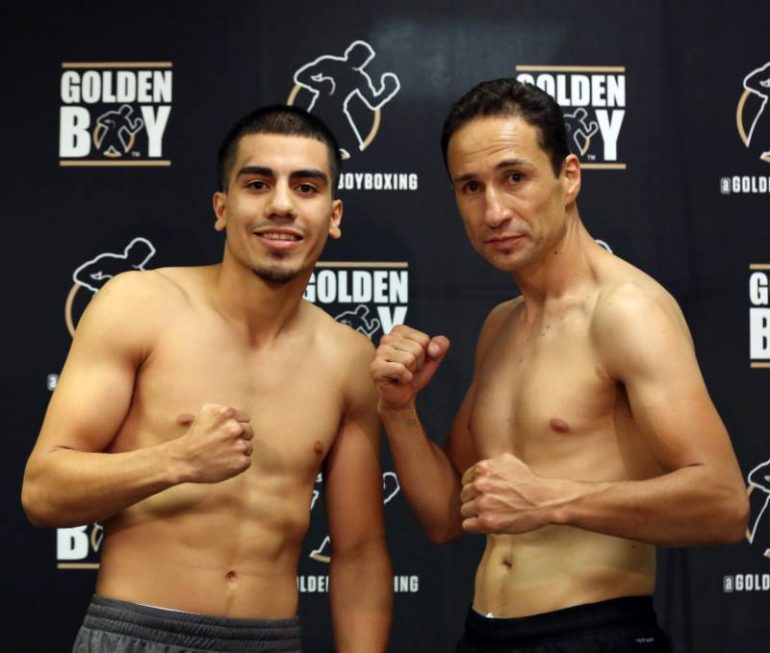 Christian ‘Chimpa’ Gonzalez successfully rebounded from the first loss of his pro career in his most recent fight last month. He continues his comeback tonight against the most experienced opponent of his young career.

Both Gonzalez, of Buena Park, California, and Diaz tipped the scale at 135.8 pounds at Thursday’s weigh-in.

In his last bout on Aug. 10, Gonzalez (17-1, 15 knockouts), who turns 22 next Thursday, knocked out Daniel Perales in the third round. That bout came exactly five months after Gonzalez, the nephew of former featherweight champ Alejandro ‘Cobrita’ Gonzalez, was knocked out by hard-hitting Romero Duno of the Philippines.

The 36-year-old veteran, who resides in Nezahualcoyotl, Mexico, has lost six of his last seven bouts. He lost a close six round technical decision to unbeaten Damon Allen on June 30.

In the eight-round co-feature, unbeaten featherweight Edgar Valerio will square off against Martin Cardona.

Valerio (11-0, 6 KOs), who is managed by Joel De La Hoya, overcame a second-round knockdown to defeat Jairo Ochoa by decision in his last bout on July 14.

Cardona (24-8, 16 KOs), who resides in the Guadalajara, Mexico suburb of Tlalquepaque, was stopped by fringe contender Winston Campos on Aug. 25.