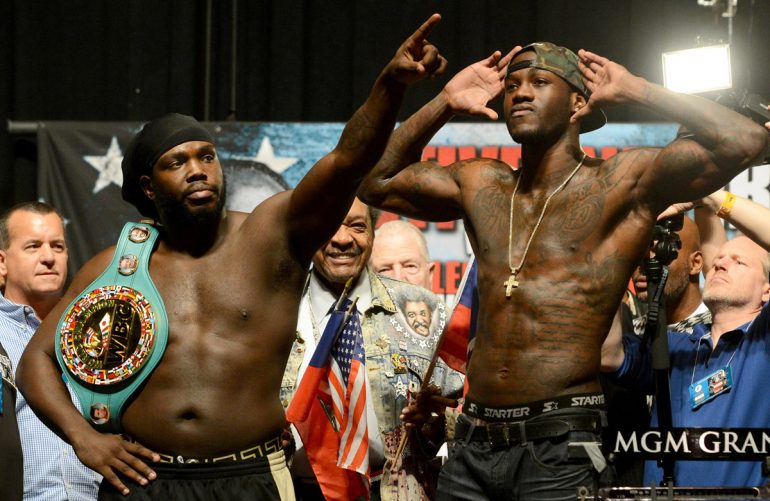 Deontay Wilder, for the third time in less than two years, has had a fight cancelled due to an opponent’s failed drug test.

Luis Ortiz tested positive for the banned substances chlorothiazide and hydrochlorothiazide, diuretics commonly used in athletics as masking agents. Ortiz maintains that the banned substances found in his system through WBC-mandated VADA testing are the result of prescribed medication he was using to treat high blood pressure. However, Ortiz did not report to VADA that he had been on the prescription drug prior to undergoing testing for the Wilder bout. And on Wednesday, the WBC announced the fight wouldn’t go through.

Instead, Wilder will fight Bermane Stiverne in a rematch on Nov. 4 at Barclays Center in Brooklyn, New York. Stiverne is the WBC’s mandatory challenger and accepted a six-figure step-aside fee to allow the Ortiz fight to happen in the first place.

Stiverne is the only man to go the distance with Wilder, but he wasn’t remotely competitive during their January 2015 bout. Since then, Stiverne has fought only once, a decision victory over Derric Rossy in which he was dropped.

Stiverne was set to face Dominic Breazeale on the undercard, but now he has the title fight and return encounter with Wilder he coveted. And some extra money, too.