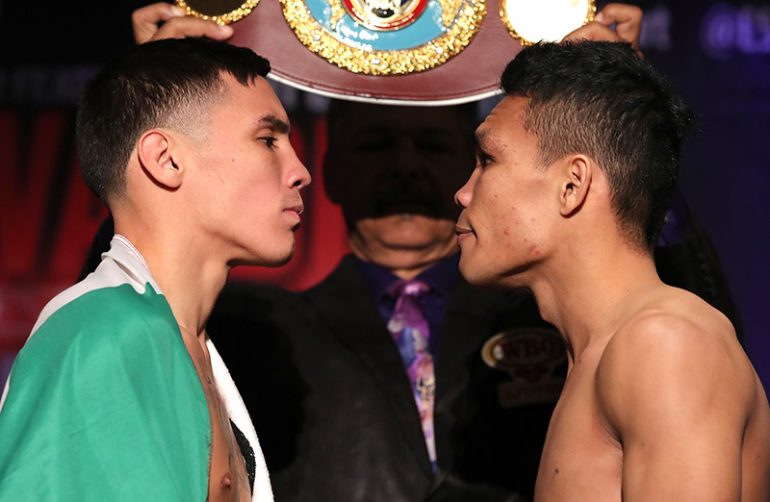 MANILA, Philippines – There were probably few outside of the sport’s most hardcore observers who knew who Genesis Servania was when he arrived in Tucson, Arizona, last week. But the 26-year-old Filipino made a name for himself in his United States debut, dropping Oscar Valdez in the fourth round of their WBO featherweight title fight, before losing a unanimous decision.

Servania went down himself, but his stock went up, verifying the international curiosity as a legitimate contender in the 126-pound division.

“All people in the U.S. expected me to be an easy fight but I told to all the people that my only thinking was to become a world champion,” Servania (29-1, 12 knockouts) told RingTV upon his return to Japan.

The knockdown, achieved with a right hand upstairs that was set up by a left hook to the body, was at least the second knockdown of the unbeaten Valdez’s career, adding to the one scored by Ruben Tamayo in 2015. Valdez scored a knockdown of his own in the fifth and boxed a safer style in the second half of the fight to mitigate the danger posed by Servania’s right hand.

“I felt I was going to knock him out. Later on he always runs. He changed his style,” said Servania.

Servania has spoken with his manager, Naoyuki Kashimi, and says the plan is to get one win and try to campaign for a rematch with Valdez. But first Servania will get some R&R and will return to his hometown of Bacolod City, Philippines, to see family on Friday.

He’ll also stop by Cabancalan in Cebu, near the ALA Gym, his old training grounds.

Servania left the ALA stable under less-than-amicable terms in 2015 and said he had considered quitting before being connected with the Kashimi Gym in Japan.

He says he’ll reach out to ALA Promotions founder Antonio L. Aldeguer to ask if he can visit the gym, voicing his desire to make peace with the group that first made him a world title contender.

And if there are any other takers in the featherweight division, Servania remains open-minded about fighting them, too.

“If I have other opportunities to fight other world champions, sure. I accept.”