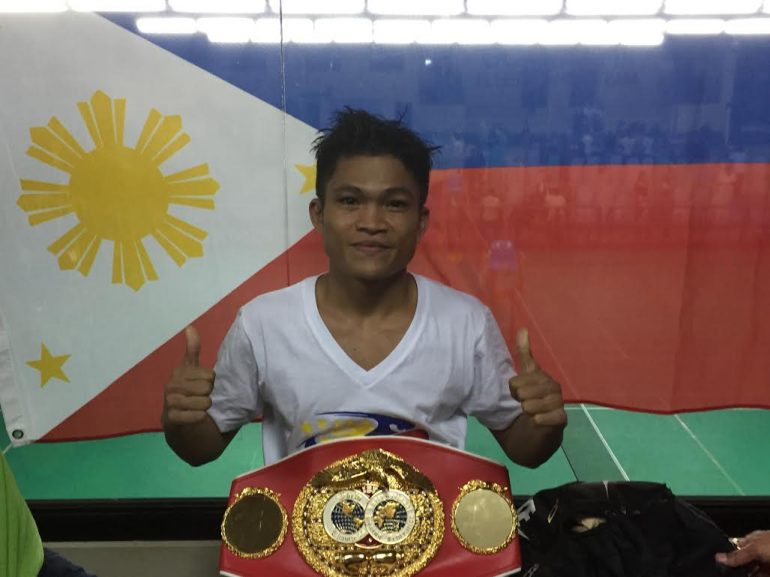 IBF junior bantamweight titleholder Jerwin Ancajas will make his third defense in as many countries when he faces Jamie Conlan on November 18 at the SSE Arena in Belfast, Ireland.

The news was revealed on Wednesday by Conlan’s promoter Frank Warren, and the fight will be on the same card featuring Carl Frampton in his first fight back, since losing to Leo Santa Cruz, last January, plus Zolani Tete’s first WBO bantamweight title defense. Frampton’s and Tete’s were not at that press conference.

Ancajas (27-1-1, 18 knockouts) of Panabo City, Philippines, won the title a year ago and has been busy since, dismantling Jose Alfredo Rodriguez in Macau, China, and Teiru Kinoshita in Brisbane, Australia to seventh round stoppages, the latter of which came in front of over 50,000 fans in the Jeff Horn-Manny Pacquiao co-feature and was televised by ESPN.

Ancajas, who is known to train year-round, regardless of whether or not he has a fight scheduled, had been in the gym sparring with gym mate Mark Anthony Barriga as the latter prepares for his fight this weekend against Wittawas Basapean in Beijing, China.

“Conlan is a very good fighter and that’s what we like to fight,” says Ancajas’ trainer/manager Joven Jimenez.

“It’s a dangerous fight for Jerwin…but Jerwin is always ready.”

Conlan (19-0, 11 KOs), who is five years older than Ancajas at 30, is the No. 5 contender for Ancajas’ title, with the IBF, and has been in a number of thrilling brawls in Europe, since stepping up his opposition in recent years. Last year he survived two knockdowns plus swelling and bleeding around his left eye to drop Anthony Nelson for the count to win the Commonwealth 115-pound title and, in his most recent fight, last March, he was dropped in the eighth round and cut over his left eye during a split decision win over Yader Cardoza.

Conlan’s younger brother Michael, an unbeaten prospect signed to Top Rank, fought on the same card as Ancajas in Australia, and Jamie Conlan got to see Ancajas’ stoppage win over Kinoshita with his own eyes.

“I’ve seen Jerwin Ancajas up close and personal. I really rate him. It’s a fight I believe I can win,” said Conlan.