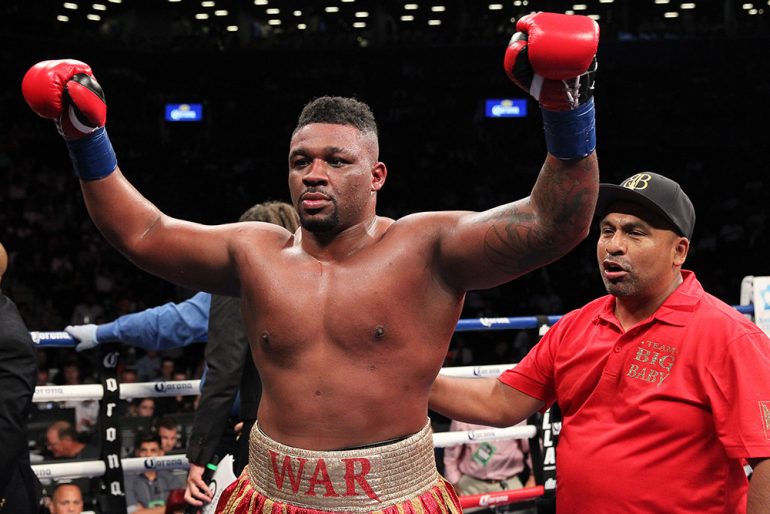 Jarrell Miller, a man with the look and charisma to be a heavyweight star, finally will fight on a series befitting his immense potential.

“Big Baby” has competed several times on “ShoBox: The New Generation,” but never on the network’s championship boxing offering. Now, he’s jumping across the aisle to HBO, and will fight in the co-feature to Daniel Jacobs-Luis Arias on November 11, sources told RingTV.com.

Miller, a Brooklynite, will face Mariusz Wach close to home at Nassau Coliseum on Long Island, New York, per sources. Miller did not immediately reply to a text message seeking comment.

The braggadocious big man stopped Gerald Washington in July, his toughest competition to date. The victory earned Miller (19-0-1, 17 knockouts) entry into THE RING’s heavyweight rankings at No. 10, and now, the former kickboxing champion will have the opportunity show his stuff on a marquee platform.

Miller, at 6-foot-4, weighed a staggering 298.5 pounds for the Washington bout, but impressed with his nimble movement and pressure style. The 29-year-old stalked Washington and eventually finished him in Round 8. And his workrate was incredible for a heavyweight of that size, although Miller admits his best fighting weight is somewhere perhaps 25 pounds south.

Wach, a former title challenger who lasted the distance with Wladimir Klitschko in 2012, possesses great size at 6-foot-7 1/2 and about 260 pounds, but he’s a stationary target. Wach (33-2, 17 KOs) has had just one meaningful bout since the Klitschko setback, a 12th-round stoppage defeat on cuts to Alexander Povetkin in 2015.

The 37-year-old Pole was slated to face Dillian Whyte in May, but the Brit withdrew with a foot injury.

This fight isn’t about Wach though.

It’s a showcase for Miller, and a chance for HBO — in the wake of Klitschko’s retirement and Anthony Joshua’s partnership with Showtime — to wiggle its way back into the heavyweight picture.