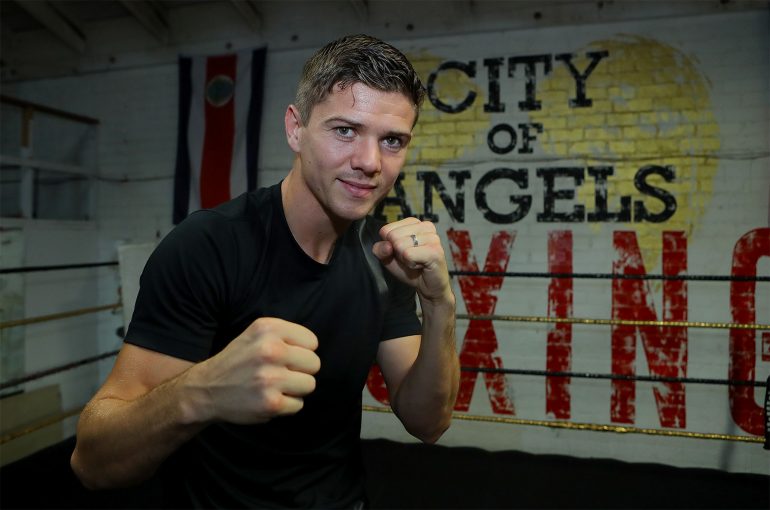 INGLEWOOD, Calif. – Luke Campbell said afterward that he thought he beat Jorge Linares. And he has an argument.

Several rounds of the fight could’ve gone either way. And if Campbell had won just one more round on a particular card, he would’ve won the fight and both the RING and WBA lightweight belts in his first attempt to win a world title before 4,125 at the Forum.

The 2012 Olympic gold medalist from England certainly has nothing to be ashamed of, though. He proved in a disappointing defeat – against one of the most skillful boxers in the world – that he is made of championship cloth.

That’s not how it looked in the first few rounds, when Linares seemed to be a class above Campbell. The Venezuelan was quick, smooth and – in regard to one punch – powerful.

A wicked straight right, the third punch of a combination, put Campbell on the canvas in the second round. It appeared at that moment that he might be in for a long night. Instead, Campbell seemed to adjust, started landing both his long jab and power punches and quickly climbed back into the fight.

Campbell, not Linares, seem to be in control in the middle rounds – fighting particularly well between No. 4 to No. 10 – as Linares’ output declined.

The fight seemed to be up in the air going into the final two rounds and, as it turned out, it was. Linares, fighting with more urgency in the championship rounds, won the 11th on two cards and the 12th on all three to win the fight.

“No one can ever doubt my hard work,” Campbell said. “Yeah, I got off to a rocky start. He caught me in the eye. A nice shot that put me on the mat. But I had to fight, I had to get focused. I didn’t think he was landing any shots whatsoever in the second half.”

“When I first started off, I felt very fast,” Linares said. “The only thing he had over me was that he was a very technical fighter, he was very tall and had long arms. I had to adjust to his style throughout the fight.”

Said De La Hoya: “Campbell will be a champion one day.”

Mikaela Mayer: I feel that I’m stronger, sharper and faster than Ewa Brodnicka