Andre Ward, pound-for-pound No. 1 fighter, retires from boxing at age 33 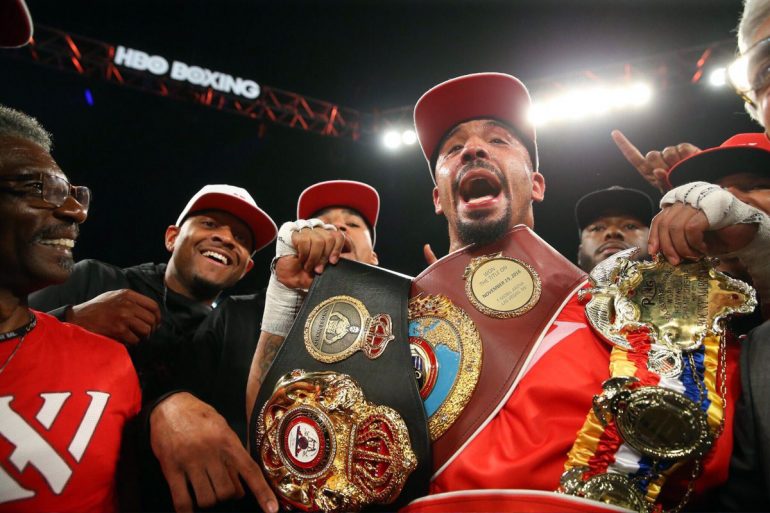 Athletes like to say — believe — that they’re walking away from their sport at the top of the game.

Andre Ward is truly doing it.

The RING’s pound-for-pound No. 1 fighter shocked the industry Thursday morning when he announced his retirement from boxing at age 33.

Ward leaves the sport on the heels of perhaps his best — and most satisfying — victory, a seventh-round stoppage of Sergey Kovalev in June to cement supremacy at 175 pounds by grabbing the vacant RING light heavyweight championship.

“I want to be clear: I am leaving because my body can no longer put up with the rigors of the sport and therefore my desire to fight is no longer there,” Ward (32-0, 16 knockouts) wrote in his retirement announcement posted on his official website. He battled knee and shoulder injuries constantly during recent years. “If I cannot give my family, my team, and the fans everything that I have, then I should no longer be fighting.

” … As I walk away from the sport of boxing today, I leave at the top of your glorious mountain, which was always my vision and my dream. I did it. We did it.”

Ward certainly did a lot during his 23 years in the sport. He remains the last American male to win an Olympic gold medal, doing so in 2004 following a stellar amateur career. He never tasted defeat in the pro ranks, and in fact, hasn’t lost since age 13 after compiling a 115-5 record in the unpaid ranks.

The Bay Area fighter won Showtime’s Super Six World Boxing Classic and cleaned out the super middleweight division in the process. During the 168-pound tournament, he scored decisive victories over Mikkel Kessler and Carl Froch, the latter in December 2011 earning him his first RING championship.

Following his breakthrough performance in the Super Six, Ward signed a multi-fight contract with HBO, beginning with a 10th-round stoppage of Chad Dawson, then the undefeated lineal light heavyweight champion. It was a marvelous performance, but as always, Ward didn’t receive proper credit because the bout was contested at the 168-pound limit.

He fought just once that year, in 2012, and then once again in 2013 with a decision victory over fringe contender Edwin Rodriguez.

He battled promoter Dan Goossen in an attempt to break his contract, arguing that the Ali Act was being violated, but several lawsuits and court hearings proved unsuccessful.

After Goossen died in September 2015 from liver cancer, the promotional company and Ward eventually agreed on a settlement to part ways and, in January 2015, Ward signed with Roc Nation Sports to usher in music mogul Jay-Z’s foray into boxing.

He ended the 582-day hiatus with a stoppage win of British-level fighter Paul Smith in June 2015, and then moved up to 175 pounds to secure a points victory over Sullivan Barrera in March 2016. 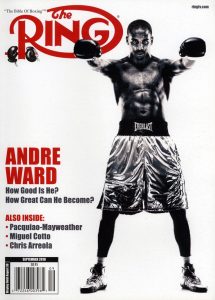 Then came the fights that will define Ward’s career. He scored a controversial decision over Sergey Kovalev, one of the top pound-for-pound fighters in the world in November 2016, and more controversy followed when he stopped the Russian boxer-puncher in the rematch.

The final blow strayed low, and referee Tony Weeks waved the fight off. The ending robbed Ward of a more definitive knockout, as Kovalev was badly hurt, reeling and seemed like a finished fighter. As a result, Ward didn’t receive full credit for a massive triumph.

Though Ward possessed star qualities — good looks, articulate, tremendous skills — he never developed into one. Some fans and media didn’t appreciate his style of boxing, which included lots of inside fighting, a strong jab, incredible defense and a commitment to body work.

But make no mistake: Ward was one of the best for a long time.

And a second career awaits him, one he started years ago on HBO, as a television analyst. Ward was ringside for the network in Southern California for Wisaskil Wangek’s shocking knockout of Roman “Chocolatito” Gonzalez earlier this month.

In August, he provided analysis on ESPN’s telecast of Terence Crawford’s knockout win over Julius Indongo.

When Ward showed up in Nebraska for that bout, it sparked rumors he would soon join forces with Top Rank, who has an exclusive deal with the network.

But it never came to fruition. Neither will a bout with Adonis Stevenson, the devastating puncher who held THE RING’s title before him. Nor a discussed cruiserweight title fight with Tony Bellew.

Ward even talked about moving to heavyweight in the future in an attempt to mimic his idol Roy Jones Jr., and win a title there.

Instead, Ward is making the prudent choice and stepping away from boxing with his health and money intact. It’s all anyone could ever wish for when they enter the sport.

Few exit boxing as graciously, or accomplish as much, as Ward did over his stellar career that will lead him to the Hall of Fame in five years. Maybe then, with some time to truly ponder this era, Ward will receive his just due.