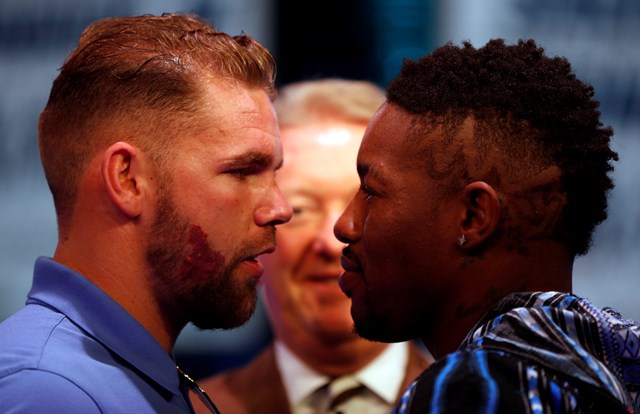 In a battle of left-handers, Billy Joe Saunders successfully retained his WBO middleweight title with a 12-round unanimous decision over Willie Monroe Jr. at the Copper Box Arena in London on Saturday.

For long periods Monroe seemed happy to use movement and make things awkward for Saunders without landing anything significant. The American did press things in the later stages, by which time it was too little too late.

During his post-fight interview, Saunders passed the microphone to his son, Stevie, who apologized for shockingly striking Monroe’s groin at Friday’s weigh-in.

All in all, this was a better performance from Saunders (25-0, 12 knockouts) than his woeful decision victory over the unheralded Artur Akavov last December. However, the slick lefty did little to whet the appetite for a unification fight with Gennady Golovkin or Canelo Alvarez.