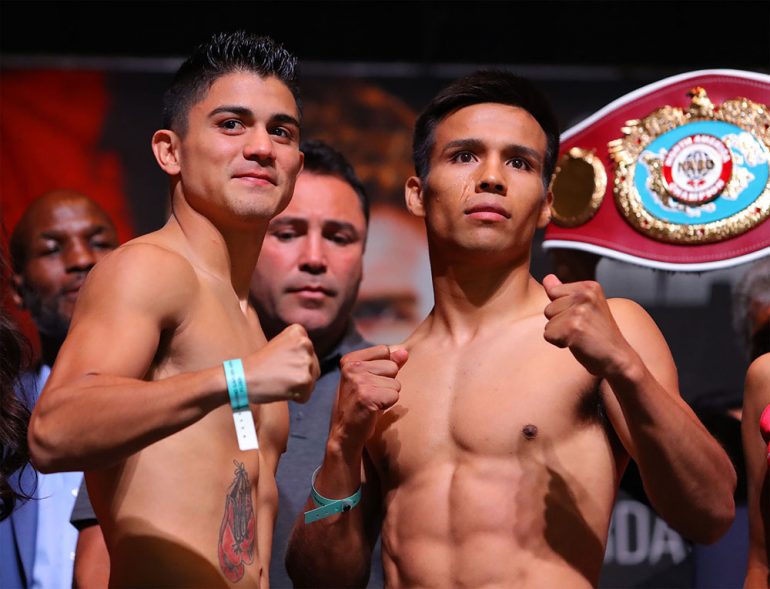 The 2012 U.S. Olympian defeated late replacement Rafael Rivera by a near-shutout decision in a WBC featherweight title eliminator on the Canelo-GGG card Saturday at T-Mobile arena, putting him next in line to fight for the 126-pound belt held by Gary Russell Jr.

Diaz (25-0, 13 knockouts) methodically stalked Rivera (25-1-2, 16 KOs), patiently waiting for opportunities to pounce and then delivering hard, precise combinations. He never hurt or overwhelmed Rivera but he scored consistently in a fight with few ebbs and flows.

Rivera, who was training for another fight when he received a call to replace Jorge Lara, was game and had some positive moments but he couldn’t keep pace with the busy, technically superior Diaz. By the end of the fight, Rivera’s badly swollen eyes were an indication of how the fight went.

“I feel like I had a good performance overall,” Diaz said. “I was able to put pressure and dictate the pace of the fight and (was) able to enter into a lot of exchanges. Rivera is strong, has good body shots and had good speed. I think we gave them a good show tonight.”

“I feel that trying to make weight in time for the fight really drained me and I wasn’t able to perform at my tiptop best,” he said. “Other than that, I believe we did good despite the circumstances.”

Lara pulled out of the fight Tuesday, claiming a back injury.