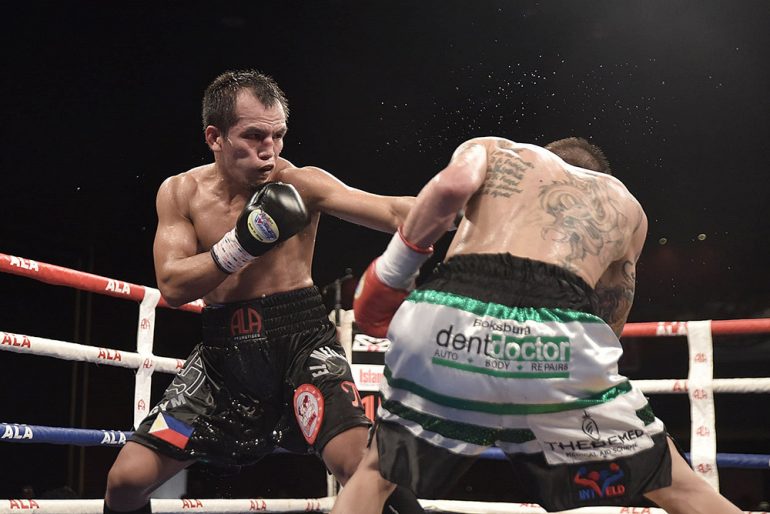 CEBU CITY, Philippines – Milan Melindo needed something dramatic to happen in the final two rounds of his fight against Hekkie Budler. Cut above the left eye in the middle of the fight and then above the right eye in the 10th, his vision was reduced to blurry shadows of his challenger tinged with a yellow hue, and the scorecards were narrowing.

And in the 11th and 12th, Melindo delivered.

Melindo rescued his IBF junior flyweight title with a split-decision victory over Budler at the Waterfront Hotel and Casino in Cebu City, Philippines, on Saturday, winning the 11th round and scoring a knockdown in the 12th to seal the deal.

Melindo (37-2, 13 knockouts) controlled the early rounds with his superior combination-punching and bodywork before Budler (31-3, 10 KOs) got going in the fourth, dashing in and out with his right hands and popping his jab.

Budler controlled Rounds 6 through 10 as Melindo struggled with cuts – the first of which was ruled due to a headbutt and the second which was deemed caused by a punch.

“I see a little bit only and the color is yellow. I can see only blurry parts of my opponent and I can’t see anybody around. And [the blood] is very hot,” said Melindo, who won the title with a first-round knockout of Akira Yaegashi in May.

Melindo said the cuts worked in his favor when he needed a big offensive burst in the late rounds, convincing Budler to gamble and leading to the knockdown.

“I planned to box him, I planned to make him go forward so that I can counterpunch him,” said Melindo. “He thinks that I can’t see because I have two cuts and the blood is running in my eyes, so he thinks I cannot see his punches.”

“I believe in Milan because he’s a warrior. He wants it more,” said Villamor.

Promoter Michael Aldeguer of ALA Promotions says Melindo’s next fight will likely be a mandatory challenge in 2018, though he’s uncertain who the opponent will be. 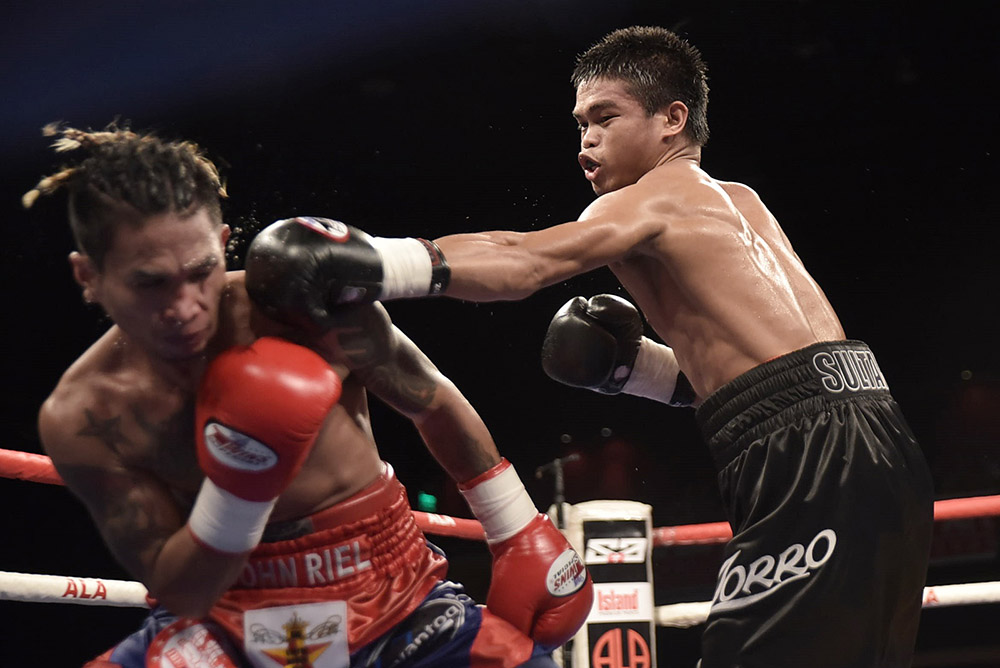 Earlier in the night, Jonas Sultan outboxed former junior flyweight and flyweight titleholder Johnriel Casimero to a unanimous decision to become the No. 1 contender to the IBF junior bantamweight title currently held by Jerwin Ancajas.

The scores were 117-111, 116-112 and 115-113 for Sultan (14-3, 9 knockouts) of Zamboanga City, Philippines, potentially setting up the first all-Filipino world title fight since Pancho Villa defended his flyweight title against Clever Sencio in 1925.

Ancajas, of Panabo City, made his last mandatory defense in July in the Pacquiao-Horn co-feature, meaning he wouldn’t be due for another one until next year.

“I adjusted my style with Casimero because he is stylish and very hard to hit,” said Sultan, 25. “I get his style, so my strategy is more jab and left hooks so that I can hit him in the face.”

Sultan admits he has much work to do to get ready for Ancajas, the No. 6-rated 115-pounder in the RING rankings.

“I need to do more practice and hard practice because Jerwin Ancajas is very good fighter. He’s a strong fighter and power-puncher,” said Sultan, who is also handled by ALA.

Not all ALA fighters had strong showings on the card.

Jason Pagara, fighting for the first time since November 2016, barely survived Kenya’s James Onyango, who took the fight on two weeks’ notice as a late replacement. Pagara (41-2-1, 25 KOs) scored two knockdowns early but Onyango came on strong late, cutting Pagara and battering him around the ring in the fight which, was ruled a split draw.